NASA Will Not Rename James Webb Telescope Despite Petitions

The telescope was named after James Webb with the efforts of another administrator Sean O’Keefe who believed that the former had ensured NASA’s existence. 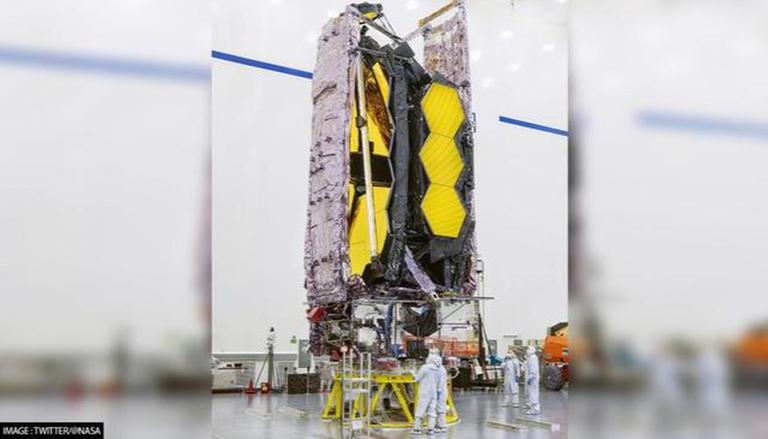 
NASA has set the record straight declaring that it will not rename the much-awaited James Webb Telescope which has been a point of attraction ever since its introduction. The telescope, which is due for launch in December 2021 has garnered much controversy lately after a petition filed by space enthusiasts and experts raised questions over the inspiration for its nomenclature. However, Bill Nelson, the agency’s current administrator, has stated that NASA does not have any evidence to support the petition and thus no plans of renaming it are being made.

LAUNCH UPDATE: Together with @ESA and @Arianespace, we’re targeting Dec. 18, 2021 for launch of the world’s premier deep space observatory – our @NASAWebb Space Telescope.

🚀 Save the date for liftoff from Europe’s Spaceport in French Guiana: https://t.co/YLfgJFPRYW pic.twitter.com/15xuNbNkYj

What is the petition about?

Several astronomers including scholars had filed a petition for renaming the telescope from the current name which is a tribute to former NASA administrator James Webb. Webb had served NASA in the 1950s and the 1960s but has attracted quite a bit of controversy since early this year. The petitioners alleged that while Webb was in charge, he was explicitly biased towards gay and lesbians including the staff members of NASA at the time.

Nearly 1,200 people have come out in support of the argument so far urging NASA for a different name, reported NPR. The petitioner highlighted parts of Webb’s history such as his involvement in the government interrogation of former NASA employee Clifford Norton, who was reportedly gay. Calling it a “persecution,” the document alleged that Webb went along with the government discrimination against the queer population. Cracking down hard on Webb, University of New Hampshire’s cosmologist and author of an article Chanda Prescod-Weinstein while demanding a new name, said that NASA is installing the telescope with a “homophobe's'' name on it.

Why Webb was chosen for the telescope

The telescope was named after James Webb with the efforts of another administrator Sean O’Keefe who believed that the former had ensured NASA’s existence, as per NPR. Moreover, Webb also played a significant role in bringing together people from diverse fields and had helped in establishing the National Academy of Public Administration, said O’Keefe.

The successor of the Hubble telescope is scheduled to launch on December 18, 2021. Built at a cost of a whopping $10 billion, the telescope will extend the discoveries of the Hubble Space Telescope, with longer wavelength coverage and greatly improved sensitivity.  Following its installation, it will hunt for the unobserved formation of the first galaxies, as well as look inside dust clouds, where stars and planetary systems are formed.