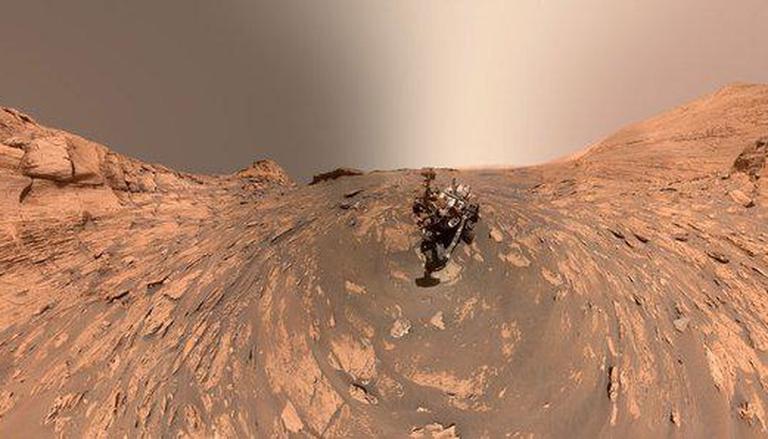 
While we are still hung over the recent postcard image sent by NASA’s Curiosity rover, it has gifted us with more pictures from the red planet. Made after stitching 81 images taken last month, the 360-degree selfie of the rover is enough to make you dizzy. Taking to Twitter, Curiosity shared the image with a caption, “I took this 360-degree selfie using the Mars Hand Lens Imager at the end of my arm. Up next, I’m headed toward “Maria Gordon Notch,” the U-shaped opening behind me to the left”.

🎶Stop! Selfie time.📸
I took this 360-degree selfie using the Mars Hand Lens Imager at the end of my arm. Up next, I’m headed toward “Maria Gordon Notch,” the U-shaped opening behind me to the left. More details on my surroundings: https://t.co/J8Nbip82S2 pic.twitter.com/DtsrXYYCi5

More about the image

Curiosity took the trippy selfie on Nov. 20, which was the 3,303rd Martian day of its mission, using the Mars Hand Lens Imager or MAHLI at the end of its robotic arm. According to NASA’s description, the rock structure that you see behind the rover in the image is “Greenheugh Pediment” and on the right side of the image is the hill named  “Rafael Navarro Mountain”. Curiosity clicked these selfies while heading towards “Maria Gordon Notch”, the U-shaped opening visible behind the rover at the left side of the image. 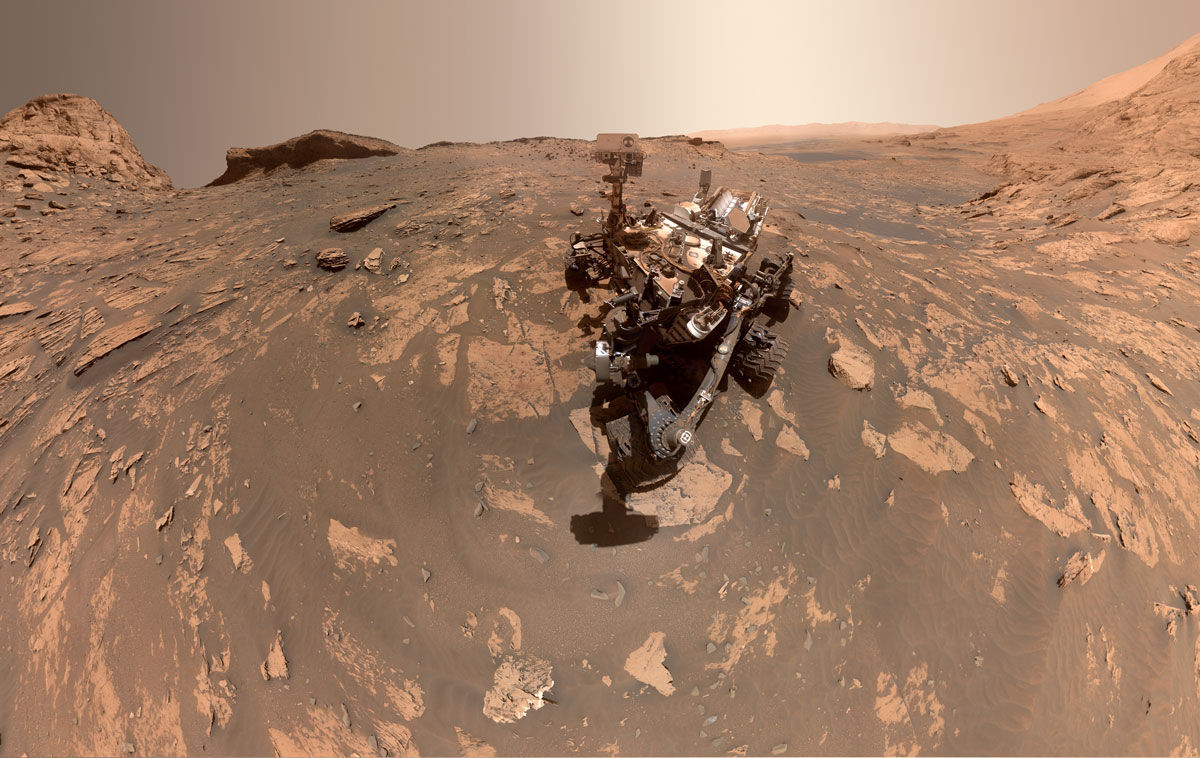 Built by NASA's Jet Propulsion Laboratory, the rover on November 26 celebrated the tenth year of its launch towards Mars. The rover landed on the red planet on August 6, 2012, and has been seeking signs of life ever since. Currently parked near Mount Sharp, the rover had sent a stunning image last week showcasing the Martian landscape at different hours of the day.

The image that you see below is an artistic interpretation of Curiosity’s view from the side of Mount Sharp and was created by combining two versions of black and white images from separate hours of the Martian day and adding colours to it. The images were captured on November 16 at 8:30 a.m. and again at 4:10 p.m. local Mars time, as engineers wanted two sets of mosaics, or composite images, capturing the scene at the said time.

The image features the 5-kilometre-tall Mount Sharp in the middle and rounded hills can be seen in the distance at the centre-right along with a field of sand ripples.

Greetings from high up on Mars’ Mount Sharp! My team combined two black-and-white images from different times of the day and added colors to make this artistic landscape. There’s beauty all around us if we let ourselves be inspired.