NASA's DART Mission To Shoot Rocket Into Asteroid; Here's All You Need To Know

NASA is preparing for the launch of its DART mission, which will evaluate methods of averting a potentially hazardous asteroid from colliding with Earth. 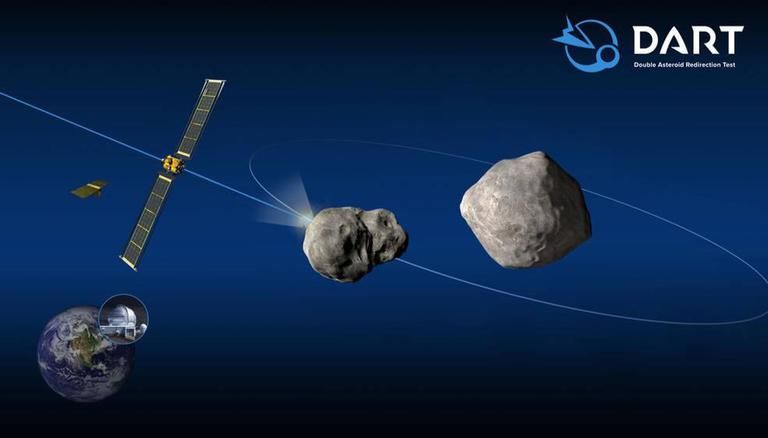 
The National Aeronautics and Space Administration (NASA) is preparing for the launch of the Double Asteroid Redirection Test (DART) mission, which will evaluate methods of averting a potentially hazardous asteroid from colliding with Earth. The DART mission is scheduled to launch on a SpaceX Falcon 9 rocket from Vandenberg Space Force Base in California at 10:20 pm PST on November 23, 2021 (1:20 am EST on November 24). The launch will be broadcast live on NASA TV, the NASA app, and the agency's website.

DART mission will be the first test of the kinetic impactor technique, which entails delivering one or more huge, high-speed spacecraft into an asteroid's path in space to alter its trajectory. The binary near-Earth asteroid Didymos and its moonlet are its targets. DART is a planetary defense-driven test of technologies aimed at preventing an asteroid from colliding with Earth. DART will be the first time a kinetic impactor will be used to alter an asteroid's velocity in space.

We're crashing a spacecraft into an asteroid… on purpose! Our #DARTmission is a #PlanetaryDefense test to change the motion of an asteroid in space, so we could use this technique if an Earth-threatening asteroid were found. Watch Behind the Spacecraft: https://t.co/c3NqOhHcIr pic.twitter.com/Uw5hVk54uP

The DART demonstration will focus on the binary near-Earth asteroid (65803) Didymos. While the core body of Didymos is around 780 metres in diameter, its secondary body (or "moonlet") is roughly 160 metres in diameter, which is more typical of asteroids that potentially pose the greatest threat to Earth. Before DART arrives, the Didymos binary is being closely monitored using Earth-based telescopes in order to precisely measure its features.

With the use of an onboard camera called Didymos Reconnaissance and Asteroid Camera for OpNav (DRACO) and advanced autonomous navigation algorithms, the DART spacecraft will achieve the kinetic impact deflection by purposefully smashing into the moonlet at a speed of roughly 6.6 km/s. The impact will modify the speed of the moonlet in its orbit around the parent body by a fraction of a per cent, but it will also change the moonlet's orbital period by several minutes, which may be viewed and recorded using telescopes on Earth.