Researchers have been studying the orbital evolution of the blue planet Neptune and the dynamical structure of the Kuiper belt that helped the gigantic planet survive the ‘bumpy childhood’. An unknown fifth planet may have “bumped” Neptune during its migration away from the sun four billion years ago, a new study has found. Neptune is known for surviving the gladiatorial period of planetary clashes. A planetary scientist at the Southwest Research Institute, David Nesvorny, has been conducting research into the wide radial spacing and orbital eccentricities of giant planets that went missing in the early Solar System. Neptune, meanwhile, evolved through the dynamical instability, emerging victorious.

Scientists believe that the early solar system consisted of five giant planets initially and one ice giant with an extremely large transplanetary disk of planetesimals and with a mass that was equivalent to that of Uranus and Neptune. But they were ejected into interstellar space, beyond the Kuiper Belt, and the scientists are now studying the smooth migration of Neptune to understand what depleted the other planetary bodies that planet Neptune solely jumped. In a study published in the Astronomical Journal and by the University of Cornell, scientists explained that the effects of outward migration of Neptune can actually explain the prominent populations of Kuiper Belt Objects (KBOs). 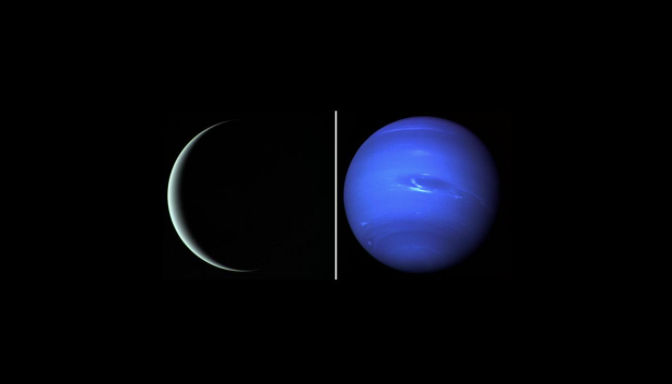 The eccentric orbit of Neptune survived the planetary scuffle which implies that at least one extra planet that was revolving around the sun to scatter off Neptune nearly 4 a half billion years ago, a planetary scientist at the University of Oklahoma Nathan Kaib explained. Neptunes orbit, like Pluto, has close links with the Kuiper Belt Objects (KBOs), but while Pluto disintegrated, Neptune lived through the dynamic instability when these planetary encounters happened. Scientists, meanwhile, believe that there is a possibility that Kuiper belt observations have been lacking, and the orbital region beyond Neptune is in fact populated by bodies that so far avoided detection. This mystery can be resolved by knowing more about Neptune's early orbital history when it “bumped” with the mystery planet scattering a cluster of its satellites into the Kuiper belt in the outer solar system.

Read: ‘Turn It Up’: NASA Shares ‘music Of Spheres’ As It Digitally Converts Bullet Cluster Image

WE RECOMMEND
Astronomers discover unique 'cosmic superhighways' through Jupiter to Neptune
NASA's Hubble captures 'newest view' of Neptune showing monstrous dark storm; pic inside
Meteorites from billions of years ago may have brought water on Earth
Galileo Galilei observed ‘Neptune’ on this day in 1612, had mistaken it for a 'star'
Solar system's largest Canyon is 10 times the size of the Grand Canyon, claims NASA