Philip Nitschke, who recently rose to stardom for his invention of the 'suicide pod', has now emerged with another lethal idea of killer implants. 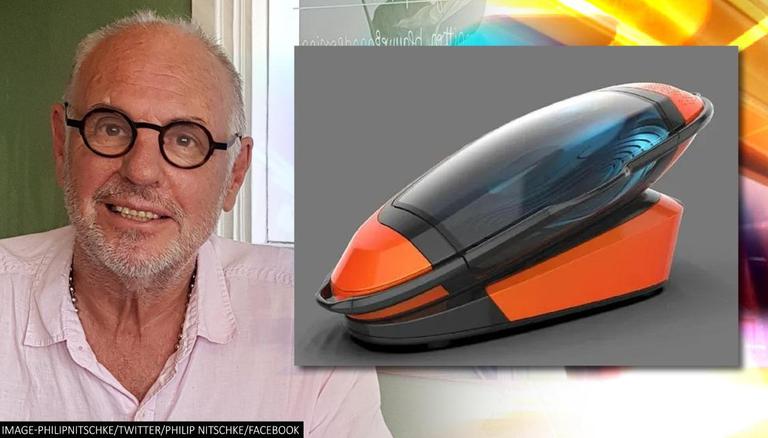 
Philip Nitschke, who recently rose to stardom for his invention of the 'suicide pod', has now emerged with another lethal idea. Also known as 'Dr. Death', Nitschke is now working on implantable devices that would kill the users if they fail to deactivate them. According to the creator, the device is meant for people living with cognitive disorders such as dementia and Alzheimer's disease, and that it will offer an easy death to the patients.

How would the device work?

In an interview with The Independent, Nitschke revealed that his non-profit group Exit International is working on the lethal implantable device whose functioning can be controlled by a button. The Australian recently evoked a massive controversy when he unveiled the idea of the ‘Sarco’ machine, built to offer easy death within minutes to those seeking suicide.

As for the micro-implants, they will be inserted inside humans with degenerative brain disorders and the devices will beep for a day or two. In order to keep the devices inactivated, the users will have to press a given button to avoid being administered with a poison that the device would carry. Since there are a high chance that dementia-ridden patients would forget to press the button, the device would activate and inject the poison, thus killing the user within minutes.

"What we’re working on here is some sort of an implant which you have to switch off every day. When you’ve forgotten why you’re switching something off that’s beeping, then you will die", Nitschke told The Independent. However, he also revealed that there are certain technical barriers to the development of the devices. "We don’t know how to do it. What is the poison? What is the thing that’s going to stop you living that can be so implantable? How are you going to have it released?", he said as per The Independent. Meanwhile, the 'suicide pod' developed by the scientist has been legalised in the Netherlands, and with that, suicide has received a green signal.

The Netherlands legalises the ‘Sarco’ machine

The suicide pod' is a machine named 'Sarco' that facilitates assisted suicide has passed legal scrutiny in Switzerland and is approved for conducting Euthanasia. Shaped like a coffin, is said to provide painless death to the individual within less than a minute by causing hypoxia and hypocapnia, (a disorder when oxygen supply at the tissue level becomes extremely low and carbon dioxide in the blood reduces below optimum levels leading to death). Tap here to read more.