The Russian space agency Roscosmos issued a statement on Tuesday hours after the US slammed Russia for conducting an anti-satellite missile test. 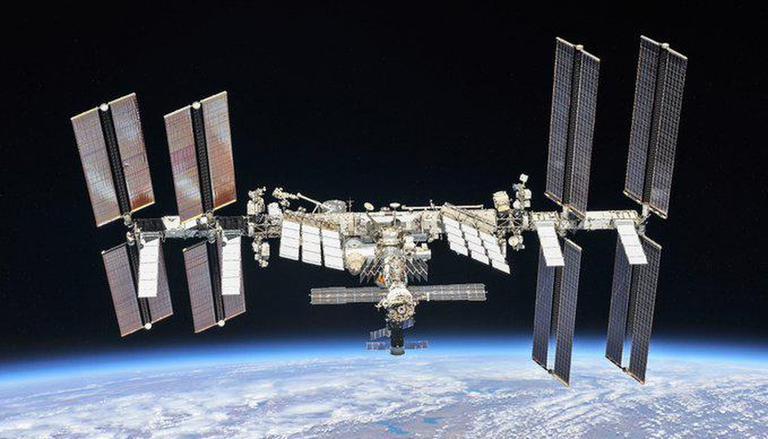 
The Russian space agency Roscosmos issued a statement on Tuesday, November 16, hours after NASA slammed Russia for conducting an anti-satellite (ASAT) that forced the astronauts to take refuge in the docked spacecrafts aboard the International Space Station (ISS). Russia's ASAT missile on Monday, November 15, reportedly produced a cloud of debris which posed a serious threat to the safety of the space station and the crew aboard. In the statement released on Tuesday via Twitter, Roscosmos said;

For us, the main priority has been and remains to ensure the unconditional safety of the crew. Adherence to this principle is laid both in the basis for the production of space technology in Russia and in the program of its operation.

According to US' Department of State spokesperson Ned Price, the missile test has generated over 1,500 of trackable debris apart from thousands of smaller pieces that cannot be tracked, Space.com reported. He further stated that this action of the Russians threatens the interest of all nations and the seven astronauts currently residing in the space station. Meanwhile, Roscosmos' statement further added-

We are convinced that only the joint efforts of all space powers can ensure the safest possible coexistence and activities in outer space. The Russian automated warning system for dangerous situations in near-earth space (ASPOS OKP) continues to monitor the situation in order to prevent and counter all possible threats to the safety of the International Space Station and its crew.

Earlier on Tuesday, US Secretary of State Antony Blinken slammed Russia on Twitter as he wrote, "We condemn Russia's reckless test of a direct-ascent anti-satellite missile against its own satellite, creating space debris that risks astronauts' lives, the integrity of the International Space Station, and the interests of all nations".

We condemn Russia's reckless test of a direct-ascent anti-satellite missile against its own satellite, creating space debris that risks astronauts' lives, the integrity of the International Space Station, and the interests of all nations.

NASA administrator Bill Nelson also issued a statement where he confronted the ASAT test conducted by Russia. "Like Secretary Blinken, I’m outraged by this irresponsible and destabilizing action. With its long and storied history in human spaceflight, it is unthinkable that Russia would endanger not only the American and international partner astronauts on the ISS, but also their own cosmonauts. Their actions are reckless and dangerous, threatening as well the Chinese space station and the taikonauts on board", Nelson said.

All seven astronauts aboard the International Space Station (ISS) were forced to take refuge in the Russian Soyuz MS-19 and SpaceX’s Crew Dragon spacecraft on Monday. According to NASA, the ISS flight control team was notified of indications of a satellite breakup that may create sufficient debris to pose a conjunction threat to the station. Reports suggested that the astronauts had bunked in the spacecrafts for two hours after the test as the space station passed through the debris cloud every 90 minutes. Read here to know more.