Sirisha Bandla, the first Telegu-origin woman is all set to leave for her Virgin Galactic Mission, #Unity22 on July 11 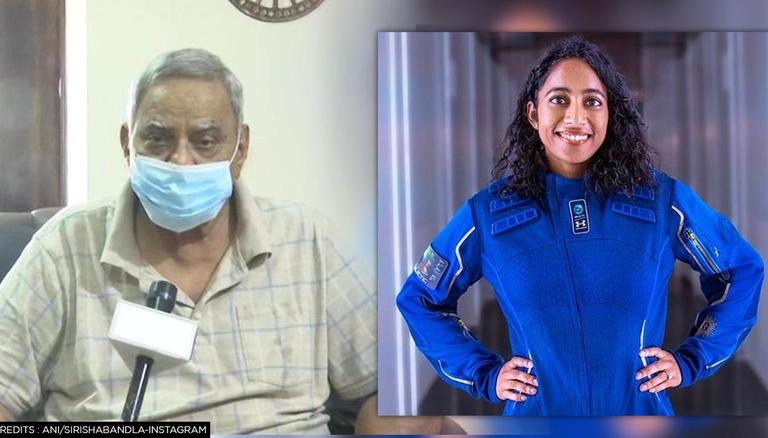 
Sirisha Bandla, the first Telegu-origin woman is all set to leave for her Virgin Galactic Mission, #Unity22 on July 11 at 9 AM (American time). She is an Indian-American woman, VP of Government Affairs at Virgin Galactic, born to Dr Muralidhar Bandla and Anuradha Bandla in Andhra Pradesh. Sirisha Bandla is also a member of the Telugu Federation of North America (TANA). While Kalpana Chawla was the first Indian-American woman to travel to space, Sirisha Bandla is following in her footsteps to venture to space in July. With this announcement making the rounds, having a successor to Kalpana Chawla's work in space travel by women is a step forward.

Sirisha Bandla's grandfather has a message for her Virgin Galactic mission

Sirisha Bandla's father, Dr Bandla Muralidhar, finished his B.S. in Agronomy and M.S. in Mycology & Plant Pathology from India and pursued his PhD. in Virology at Oklahoma University in the United States. He is currently a member of Senior Executive Services, United States Government and resides in Maryland, USA. As per ANI reports, Dr Ragaiah, grandfather of Sirisha Bandla made a statement regarding her space travel for the Virgin Galactic mission. He was the Principal Scientist in the Acharya N. G. Ranga Agriculture University, in Guntur, Andhra Pradesh.

I'm very happy. From the beginning, she was very fascinated with the sky. Now she's going to space with 5 other members. She is very brave & very strong in her decision: Dr Ragaiah, grandfather of Indian-American Sirisha Bandla who'll fly into space aboard Virgin Galactic mission pic.twitter.com/PIQ2hCQ7NQ

He added, "I, along with my friends & relatives, wish her a successful and happy return to the land after completion of her journey" Reportedly, her family has spoken about Bandla's interest in space, rockets and space science and aircraft stemming from her childhood days. Coming from a family of academians, she pursued her education in the United States with her Bachelor's of Science (B.S.) from Purdue University and her MBA from George Washington University. After her education, she joined the Virgin Galactic group in 2015 and worked her way to her current position of Vice President of Government Affairs.

WE RECOMMEND
'I am so proud': Richard Branson aims to reach space nine days before Jeff Bezos
Who is Sirisha Bandla? Second India-Born Woman to Go to Space