South Korea has announced to develop a reusable rocket having a 100-ton thrust capacity starting next year, to boost its capabilities in the space sector. 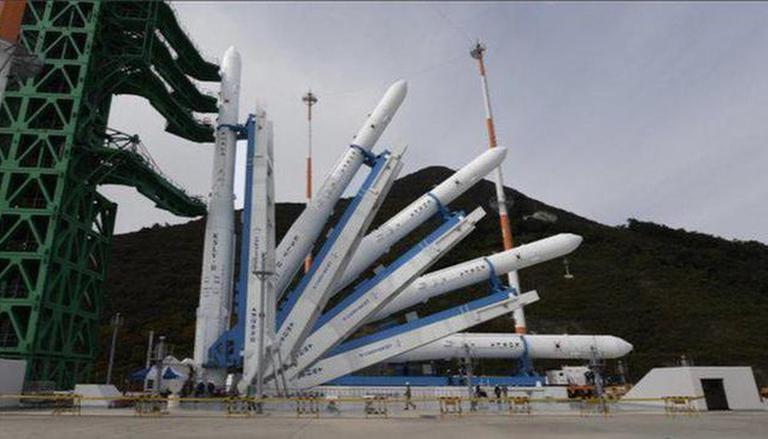 
Forging ahead in its space endeavour, South Korea announced that it will develop a reusable rocket having a 100-ton thrust capacity. The announcement was made Wednesday, November 10, by Cho Seung-rae of the ruling Democratic Party of Korea, who also revealed future plans of the country in the space sector. With the manufacturing commencing next year, the Korea Aerospace Research Institute (KARI) will undersee the development under a strict time frame. According to Space News, Seung-rae said in his statement-

Starting next year, the development of a high-performance reusable rocket with liquid-fueled 100-ton thrust engines will begin. Having such a liquid-fueled high-performance rocket engine is necessary to successfully fulfill the missions of launching a lunar lander by 2030 and building the Korea Positioning System by 2035 on its own.

As per the lawmaker, the construction of the rocket with a cluster of liquid-fueled engines, will begin after two-year preliminary research, for which the government has set aside a budget of $10.2 million. He said developing a rocket with reusability in mind will significantly reduce the launch cost. Reportedly, the announcement to develop a reusable rocket was unexpected from Seoul as its previous plan was centered on developing a single-use model that had nothing to do with reusability.

Meanwhile, Seung-rae refused to disclose what caused a change in the plan but asserted that the announcement is meant to promote its capabilities in the space sector. Last month, South Korea launched its first-ever indigenous rocket 'Nuri', which was built purely with home-grown technology.

The 154-foot rocket Nuri or the Korean Satellite Launch Vehicle II (KSLV-II) was launched on October 21 with an intention to deploy a dummy satellite into an orbit 600 to 800 kilometers above Earth. While the rocket successfully lifted off from the Naro Space Center in Goheung, it failed to install the satellite making the mission partly successful. However, this marked Seoul's first step of breaking free from its dependency on other countries and being self-sufficient for its space missions as it has already announced a similar launch in May 2022.