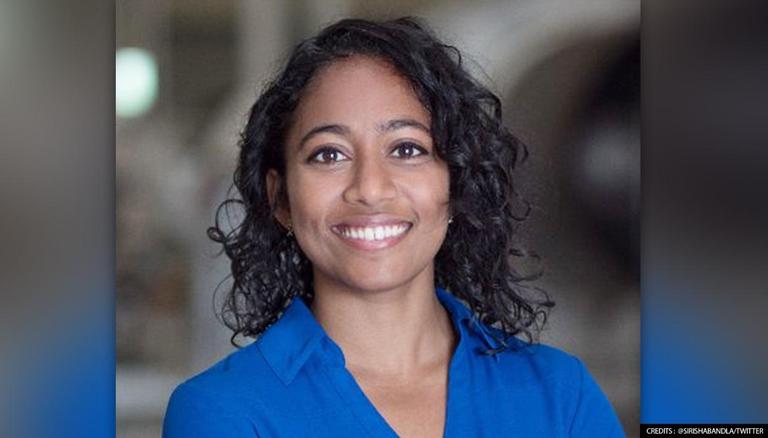 
Indian-origin aeronautical engineer Sirisha Bandla on Sunday took off for space in the Virgin Galactic passenger rocket plane. Born in Guntur, 33-years old Sirisha Bandla is the third Indian-born woman in space and the fourth Indian to ever achieve the feat after Rakesh Sharma, Kalpana Chawla, and Indian-American Sunita Williams.

Sirisha Bandla had joined Virgin Galactic in 2015 as government affairs manager and has since risen through the ranks while also handling Washington operations for Virgin Orbit, which recently delivered a satellite in space using a Boeing-747 plane.

Bandla will be astronaut no 004 and her flight role will be Researcher Experience, according to her profile on Virgin Galactic.
She will become the third Indian-origin woman to fly into space after Kalpana Chawla and Sunita Williams. She is a Purdue University alumna, will be evaluating the human-tended research experience, using an experiment from the University of Florida that requires several handheld fixation tubes that will be activated at various points in the flight profile, a statement on the Galactic website said.

"When I first heard that I was getting this opportunity, it was just. I think that that probably captured it very well, I was speechless. This is an incredible opportunity to get people from different backgrounds, different geographies and different communities into space," she said in a video posted on Virgin Galactic Twitter on July 6.

READ | Billionaire Richard Branson reaches space in his own ship

VSS Unity 22 flight took off on Sunday carrying a Virgin Galactic rocket plane in the vehicle's first fully crewed test flight to space. British billionaire Richard Branson is being accompanied by five other passengers including Indian-born Sirisha Bandla, in what Branson has touted as the beginning of space tourism.

The WhiteKnight aircraft, VMS Eve, will carry a rocket-powered spaceship VSS Unity. About 40 minutes after take-off, Unity will drop from the middle of the mothership and ignite its rocket engine moments later to send Branson and the crew to the edge of space, about 55 miles high, for a few minutes of weightlessness. Upon re-entry, the plane will return like a normal commercial airplane to a landing strip at Spaceport America.

READ | Richard Branson takes off on trip to space; Netizens wish him well amid excitement

READ | Sirisha Bandla's grandfather says 'she was very fascinated with the sky' ahead of mission
First Published: 12th July, 2021 08:39 IST