The European Space Agency (ESA) explained that among the Webb telescope's most significant forthcoming tasks will be exploring the life cycle of a star. 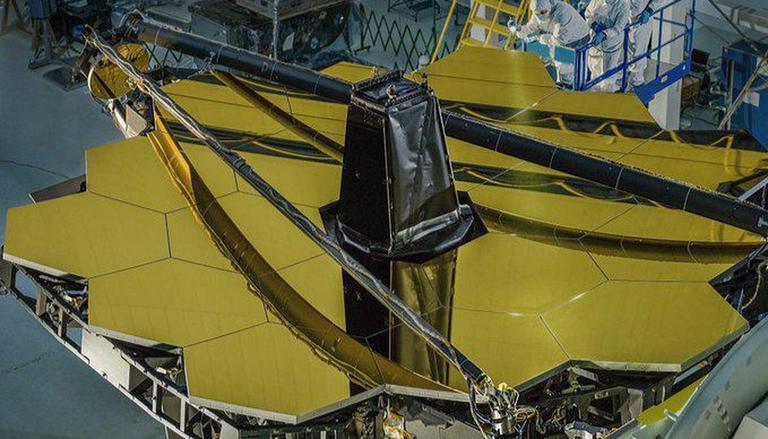 
The James Webb Space Telescope (JWST) has lots of responsibilities and expectations attached to it as scientists believe that it will make discoveries that we can’t even imagine at the moment. Scheduled to launch on December 22, Webb is the most powerful telescope ever built and as the scientists say, it has been designed to answer fundamental questions about the universe.

Among its list of tasks that the telescope is supposed to perform is to study the nearby cosmos, which includes studying the life cycle of stars along with the atmospheric composition of exoplanets.

Did you know that one of #Webb's goals is to study the nearby cosmos?

It will uncover hidden parts of our Solar System, peer inside dust clouds where stars and planetary systems are forming, and reveal the composition of #exoplanets in more detail! https://t.co/KAbUQ7vsM8 pic.twitter.com/X9wR9kNG4Q

The JWST to explore the collapse of stars

In a new report released earlier today, the European Space Agency (ESA) explained that among Webb's most significant forthcoming tasks will be exploring the life cycle of a star. Using its superb sensitivity to infrared light, the telescope will determine how and why clouds of dust and gas collapse into stars, or become gas giant planets or brown dwarfs. According to the agency, its ability to detect even the faintest of infrared will allow it to peer directly through the dusty envelopes around newly born stars and help astronomers investigate the faint, earliest stages of star birth known as 'protostellar cores'.

ESA explains that many simple elements are transformed into heavier elements during the lifetime of certain stars, which then spread these heavier elements further into space. These stars then distribute the elements through stellar winds and supernova explosions and enrich the space for the formation of new stars. It is these supernova explosions that will serve as a subject for Webb's study as they are the most energetic events in the cosmos and carry information about a death of a star.

READ | ESA explains how the Webb telescope will peer back over 13.5 billion years

Next on agenda: Peering through the exoplanetary atmosphere

Over a number of years, scientists have confirmed the discovery of over 4,500 exoplanets with unique characteristics orbiting their host stars in interstellar space. Webb will target such planets to peer through their atmosphere in order to determine their atmospheric conditions such as temperature, chemical composition, and formation history. The telescope will do so by studying the light emerging from the surface of the exoplanets. According to the agency, the light emerging from the surface will carry information about the exoplanets' atmosphere which it would collect while passing through the atoms and molecules present there.

In addition to this, the telescope will also look for planets having an Earth-like atmosphere by searching methane, water, oxygen, carbon dioxide along with complex organic molecules, that are considered the building blocks of life. Developed in partnership with ESA, NASA, and the Canadian Space Agency (CSA), the telescope worth $10 billion will liftoff on December 22, aboard an Ariane 5 rocket from Europe’s Spaceport in French Guiana.