What Is Xenotransplantation? Experts Say Process Could Increase Life Expectancy In Humans

In January, 57-year old David Bennett Sr. was on his deathbed when doctors from University of Maryland Medical Centre implanted a genetically modified pig heart 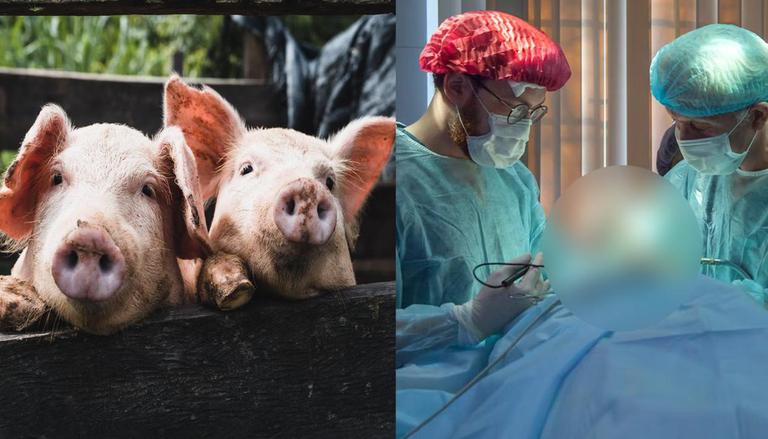 
In January, 57-year-old David Bennett Sr. was on his deathbed when doctors from University of Maryland Medical Centre implanted a genetically modified pig heart. The surgery was considered successful and in the weeks following the transplant, Bennett was spending time with his family and participating in physical therapy for strength building.

However, on March 8, he passed away. While he lost his battle with death, doctors across the world hailed the organ transplantation as a path breaker.

According to the American federal agency, the main reason behind xenotransplantation is the fact that demand of human organ overhauls its supply. However, it is a risky process. The human body is bound to reject any foreign organ, tissue or cell and therefore, acceptability is the biggest challenge in the process.

What is the history?

The history of xenotransplantation dates back to the 17th century. Back in 1667, French doctor Jean-Baptiste Denys tapped the veins of farm animals to perform human blood transfusions. In India, the pioneering surgery was performed in the year 1997 when Dhaniram Baruah transplanted a pig heart in a human body.

If successful, xenotransplantation can yield numerous benefits for mankind starting from reduction in organ trade to bolstering average life span of the entire species. Speaking to Republic Media Network, Senior Pulmonologist Dr Parthiv Sanghvi, said that the process could increase the longevity of human life to 80 or 90 years.

“During the time of India’s independence, average life expectancy of human life was 35 years. Today it is 69 years. It has only been possible due to advances in medicine. If Xenotransplantation becomes reality, then human life expectancy in India could be increased to 80-90 years,” Dr Sanghvi said.

However, Dr Sanghvi also talked about the feasibility and challenges of the procedure. “You have to keep in mind, the size of the organ. You cannot fit the heart of an elephant into a human body.”

Another important parameter that he talked about is genetic similarity. “Pigs have the most similar genetic makeup to humans,that is why they are the most preferred species for medical experiments and procedures”, he revealed.

Furthermore, he spoke about the ethics. “How are you going to bring scientific advancement without animal experimentations?” he questioned, referring to the complaints filed by animals rights organisation like PETA. According to the surgeon, people are hypocrites. They consume tons of animal meat, but object to animal experimentation.

“Xenotransplantation is bound to fail, given we do not have apt anti-rejection treatments available. These treatments are the cornerstone of the surgery. In this regard, there is a lot of R&D going in the west,” Dr Sanghvi emphasised, adding that “xenotransplantation needs to be cultured and nurtured.”

Meanwhile, Dr Manoj Goel, Director of Pulmonology at Fortis Memorial Research Institute opined that one of the main reasons behind the need to advance xenotransplantation is the need for human organs, “We need more organs. The list of recipients is very long”, he said. Agreeing with Dr Sanghvi, he said that human body is resistant to new things. “The challenge is to develop treatments that makes it accept a foreign organ.”

“The US case is quite encouraging. The sheer fact that a pig’s heart could sustain that pressure gives a glimmer of hope to humankind,” Dr Goel said.

While he said that a timeline could not be set, the pulmonologist agreed that a lot of work is being done in the field. Dr Goel also emphasised that the process had a bright future in India, given it gets adequate support from the government and legal system.

"We are at par with the west in medical advances. If Xenotransplant becomes a standard care in the west, in no time it India will catch up. However, I don’t think India is going to give something new," he said.