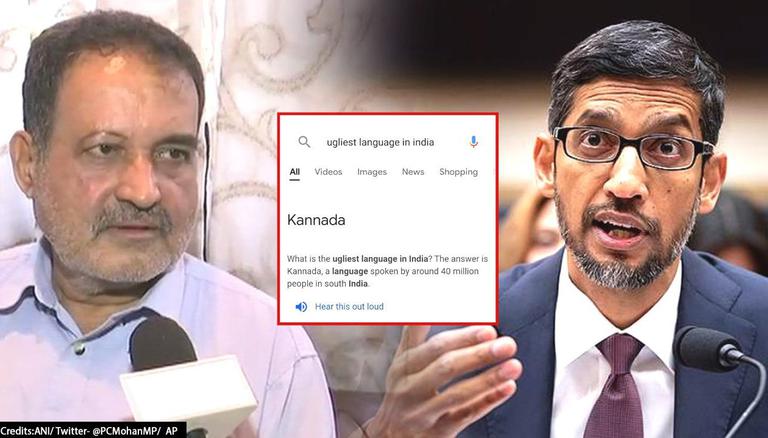 Google came under the fire of the people of Karnataka after it stirred controversy for showing Kannada as the 'world's ugliest language' as a snippet response to the bizarre query. The matter came to the fore after netizens shared screenshots of Google's response to a query on which was the world's ugliest language as Kannada, inviting sharp criticism from Karnataka politicians and citizens. The content of the response shown on the Google search belonged to a certain blog which was taken down after it was reported by multiple users who also sought Google's apology.

Speaking to Republic World over Google's blunder, prominent Bengaluru citizen and Aarin Capital chairman Mohandas Pai called the mistake committed by the AI engine as 'grossly insensitive' and noted that it was 'unneeded' to make such a snippet. Mohandas Pai questioned such a categorisation for languages and also implied that the criteria, if at all, for answering such questions was arbitrary. Mohandas Pai demanded an apology from Google and categorically stated that the snippet & the content must be removed.

"I think an apology from Google is required. It's a mistake by the AI engine, it's grossly insensitive and unneeded to make this kind of snippet. They have to remove that, you can't classify some language this way. Nobody knows what and how they do it," Mohandas Pai said speaking to Republic World on Thursday.

Also demanding an apology from Google, BJP MP PC Mohan pointed out that Kannada has a rich heritage, legacy and culture and that it was one of the world's oldest languages. The BJP leader highlighted that Kannada scholars had written epics way before Geoffrey Chaucer was born in the 14th century. Mohandas Pai had liked the tweet as well.

Home to the great Vijayanagara Empire, #Kannada language has a rich heritage, a glorious legacy and a unique culture. One of the world’s oldest languages Kannada had great scholars who wrote epics much before Geoffrey Chaucer was born in the 14th century. Apologise @GoogleIndia. pic.twitter.com/Xie927D0mf

The outrage continued to pour in as one Twitter user tagged Google and asked them to take strict action. Twitter users wrote ‘Dear @Google  @GoogleIndia this is the disrespect to the oldest language of the country #kannada Moreover there is no such language which is ugly... every language has got its own respect n love Yellow heartRed heart Hoping for the further serious action on this soon’. Another also went on to ask how is any language decided to be the ‘ugliest’. One of them also went on to defend Google by saying that this search result is not their fault. They wrote ‘It has nothing to do with @Google though Google work on a set algorithm it just matches the word that u have written and try to find results with similar words. Report the site’.