On Friday, Oreo decided that traditional bookmarks are too traditional and suggested people use its cookies along with milk instead, on Twitter enraging people

While various brands have tried 'bold' and 'innovative' stunts to promote themselves, Oreo takes the cookie. On Friday, the brand decided that traditional bookmarks are too traditional and suggested people use its cookies along with milk instead. The bizarre post shows a book forcibly subjected to a 'milk shower' and then stuffed with a handful of Oreo cookies between its pages. The resultant 'bookmark' would definitely create a brown stain on the otherwise white-paged book. The brand also posted a disclaimer that 'No books were harmed during this dunking'.

Don't have a bookmark? Try using OREO cookies and milk instead: pic.twitter.com/vE71b3sK0W

Upside Down Whopper: US fast-food giant launches 'Stranger Things' themed burger - turning it on its head; Twitter amused by the lazy innovation

Twitterati are not impressed by Oreo's 'milk and cookies' bookmark:

Here’s where I’m annoyed. You knew exactly the kind of feedback you’d get with this and that’s why you did it. Because a tweet that might go viral is all you wanted... even if it’s something disgraceful. Well congrats and all you did was piss me off every time I see an Oreo. pic.twitter.com/tIz4doHTUR

'Stranger' Toy : Danish Toy Giant Teams With Streaming Giant To Launch The 'The Upside Down' Toy Which Flips Between The Real World And Its Counter-dimension

Previously in June, Burger King too had tried its hand at 'The laziest innovation ever' with its 'Upside down Whopper'. Prior to the release of 1980s inspired-supernatural drama Stranger Things' new season, the US fast-food chain partnered with Netflix and soft drink company Coca-Cola to launch its 'Upside down Whopper'. Burger King had also launched a new Twitter handle called 'Stranger King' to promote it. These 'Upside Down Whoppers' were sold in certain restaurants in several US cities from June 21: Miami, Houston, Boston, Atlanta, Dallas, Philadelphia, Chicago, San Francisco, New York, and Los Angeles. Along with the burgers, customers will also be able to avail the limited-edition ketchup packets and t-shirts inspired by "Stranger Things." 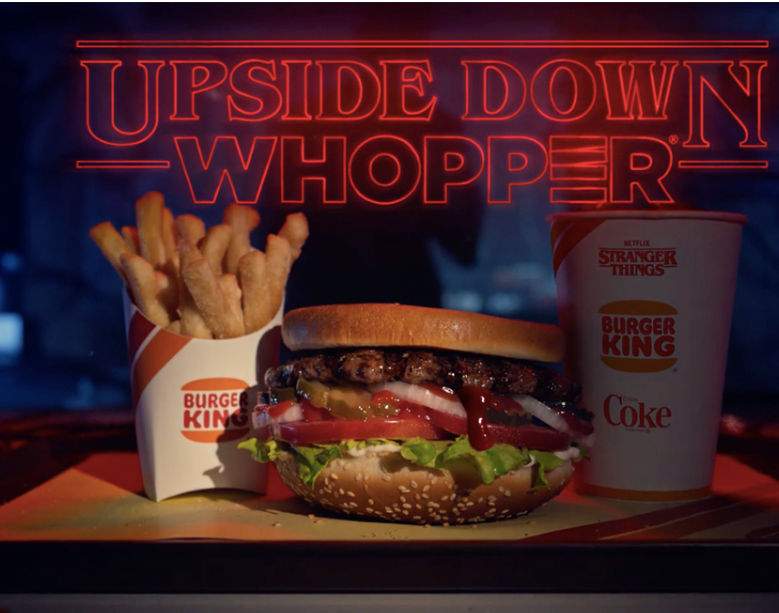 READ | Amazon Fire: Why is part of the Amazon burning?

Stranger King introduced the 'Upside Down Whopper' in typical Stranger Things fashion. A promotional video had the Title's alphabets flying in from all sides to form the words 'Upside Down Whopper'. This was accompanied by the upside-down burger which was placed on a tray. Fortunately, the accompanying Coke and Fries were the right side up. This innovation was also not appreciated by many online.