'My firstborn child died in my arms..I felt his last heartbeat', wrote Elon Musk, after his friend Sam Harris criticised him for reinstating Trump's Twitter. 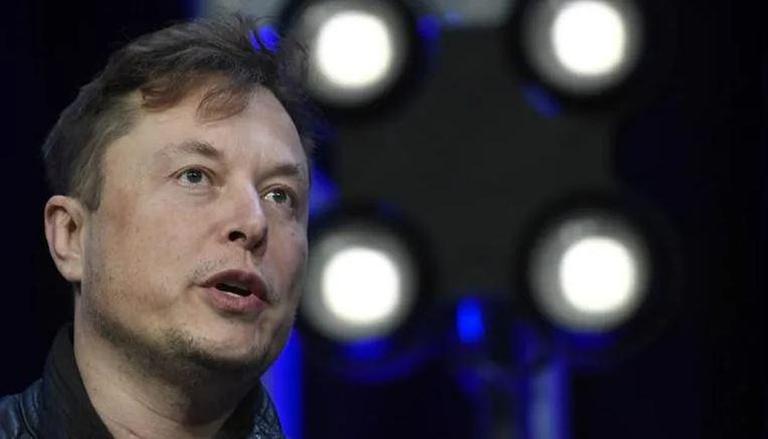 
When a person on Twitter criticised Elon Musk's decision to reinstate Trump's Twitter account and asked that if Trump's account on Twitter is being reinstated then what is the rationale behind not reinstating Alex Jones' account, Musk responded by saying his firstborn child died in his arms and he will never allow Alex Jones on Twitter. Why Musk responded in such a manner deserves some context. After Elon Musk reinstated former US President Donald Trump's Twitter account, many people were happy with Musk, and felt he did the right thing and many were unhappy.

Elon Musk does not appear to care that much about the people who opposed reinstatement of Trump's Twitter account but he does care about questions posed by Sam Harris. Sam Harris is a long time friend of Elon Musk, and both used to have dinner in Bel Air, Los Angeles, long before Elon Musk became the world's wealthiest man. Harris and him discussed the existence of God, threat posed by development of AGI (artificial general intelligence), consciousness, and many other things in those dinners, it is said.

Harris watched Elon Musk journey from a person with a curious mind, attempting to ensure his company does not go bankrupt, sleeping on the floor of his factories to the most wealthy man in human history. So when Elon Musk's decision to reinstate Trump was criticised by Harris, Musk took it seriously. Harris asked by what logic is allowing Donald Trump back onto Twitter okay but allowing Alex Jones not okay, as both are similar. Harris argued that logical coherence dictates if Trump is allowed then Alex Jones must be allowed as well. Harris opposed reinstatement of both Trump and Jones whereas Musk opposes reinstatement of Jones, which Harris finds logically incoherent.

So when Sam Harris asked Elon, "Is it time to let Alex Jones back on Twitter, @elonmusk? If not, why not?" perhaps it hit a nerve and Musk responded by writing something which very few people might have known about his personal life. "My firstborn child died in my arms. I felt his last heartbeat. I have no mercy for anyone who would use the deaths of children for gain, politics or fame," wrote Musk. Alex Jones is an American political pundit and conspiracy theorist who claimed that the Sandy Hook shooting, in which numerous children died, was staged and that the parents who lost their children were actors.

My firstborn child died in my arms. I felt his last heartbeat.

I have no mercy for anyone who would use the deaths of children for gain, politics or fame.

So, Elon Musk's answer to Sam Harris' question is that the decision to not let Alex Jones back onto the platform is not necessarily logical because it is too personal, because it cuts too close to the bone. Sam Harris is one the most prominent moral philosophers and he has had an odd life as well. Harris was a student of English literature in Stanford but he dropped out of his programme and travelled to India, learning Indian philosophy and meditation from Vedantic and Buddhist monks, returning to Stanford after 10 years, to complete his undergraduate degree. Later, Harris pursued a PhD in neuroscience, to study the neural basis of belief in God.

Musk has five children from his first marriage - Griffin, Vivian, Kai, Saxon and Damian. He met Justine Wilson when they were students at the Queen’s University Canada, and got married in the year 2000. They tragically lost their first child, which Musk refers to in his tweet and is also written about in his biography by Ashlee Vance. In the book, Musk is said to have dealt with the devastating loss in his own way, by not being very expressive.

They divorced under the media glare after Musk had secured success with at least two of his companies and a pre-nup signed before their marriage made the end quite messy and bitter. Both tried marriage counselling when their marriage hit a rough spot but it did not work and when Justine said that they should get divorced if they cannot fix their marriage, Musk handed her the divorce papers within 24hrs. Within 6 weeks of his divorce, he was engaged to Talulah Riley, a British actress. Musk’s first wife Justine said that she liked Talulah.