WhatsApp Names Paresh Lal As Grievance Officer; Google's Man In US & Twitter Yet To Comply

Nearly a week after the new IT rules for digital media kicked in, Facebook-owned WhatsApp has named Paresh B Lal the Chief Grievance Officer, based in Hyderabad 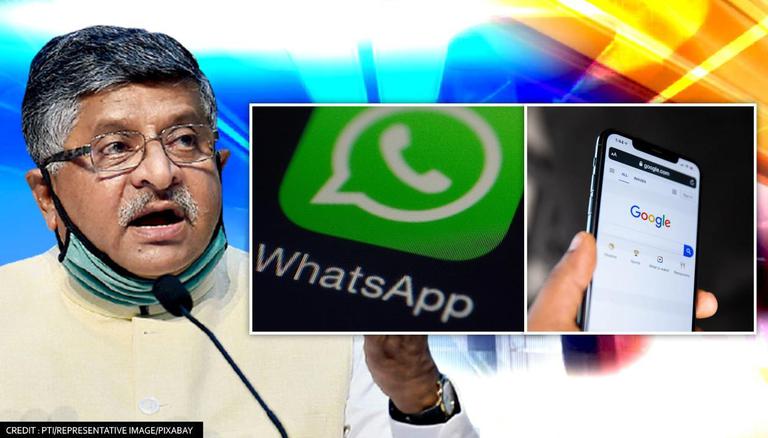 
Nearly a week after the new IT rules for digital media kicked in, Facebook-owned WhatsApp has named Paresh B Lal the Chief Grievance Officer, as laid down in the new guidelines which were notified on February 25. The new rules require 'significant social media intermediaries' - those with over 50 lakh plus user base - to appoint a Grievance Officer, who is an employee of the company and resides in India. The Chief Grievance Officer is required to acknowledge the grievances raised within 24 hours and address them within a period of 15 days, as per the new IT rules.

As per WhatsApp's website, users can contact Paresh B Lal - who is the 'Grievance Officer' - through a post box in Banjara Hills in Hyderabad, Telangana. Apart from a Grievance Officer, significant social media platforms are also required to appoint a chief nodal and chief compliance officer - who are employees of the company and reside in India. WhatsApp has complied with the new rules that came into effect on May 25 despite having moved the Delhi High Court challenging the traceability clause in the new rules.

Union Electronics & IT Minister Ravi Shankar Prasad had earlier informed that all significant social media platforms have complied with the new rules and shared contacts of all the appointees, except Twitter. When asked for details of their officers, Twitter instead shared the contact of a Bangalore-based lawyer which is against the rules, the Union Minister informed.

READ | 'Does it need a UPSC exam?': RS Prasad questions delay in Twitter's adherence to IT rules

Meanwhile, after CEO Sundar Pichai commented that Google would comply with India's new IT rules, the multinational technology company has also made details of grievance officer public. Google's 'Contact Us' page shows Goe Grier as the contact person, however, the address given is of the US. The same page also carries the grievance redressal mechanism for YouTube.

Non-compliance with the new rules could result in social media platforms losing the intermediary status that provides them immunity from liabilities over any third-party data hosted by them. They could also be liable for criminal action in case of complaints.

While Twitter has maintained that it 'strives' to comply with the new IT rules, it has also sought certain amendments. Expressing commitment towards protecting freedom of speech and privacy, a Twitter spokesperson revealed that the microblogging service plans to talk to the Union government for amending certain clauses of these regulations which restrict a free conversation on the platform. Lamenting the purported use of "intimidation tactics" by the police, it back a collaborative approach to safeguard the interests of the people.

Facebook-owned messaging platform WhatsApp filed a petition in the Delhi HC on May 25, which was the last day to comply with the guidelines. Invoking the Supreme Court's verdict in the 2017 Justice KS Puttaswamy (Retd.) vs Union Of India case, WhatsApp has argued that the traceability provision is against the fundamental right to privacy. In its petition, WhatsApp has sought direction from the court to declare the aforesaid traceability provision unconstitutional and prevent criminal liability to its employees for non-compliance.

WE RECOMMEND
Has WhatsApp launched a secret update to privacy settings? Users fear for their security
Fact Check: Whatsapp new communication rules, red and blue tick; are these forwards true?
WhatsApp privacy policy: Will it limit functionality if you don't agree to new rules?
What is Traceability? Why did WhatsApp sue Indian govt over Traceability & what's the row?
Whatsapp: What will happen if you don't accept new privacy policy post May 15? App answers