The Daesh terrorists have taken the responsibility for the deadly explosion at a Congo Church blast in the Northeastern Democratic Republic of the Congo (DRC). 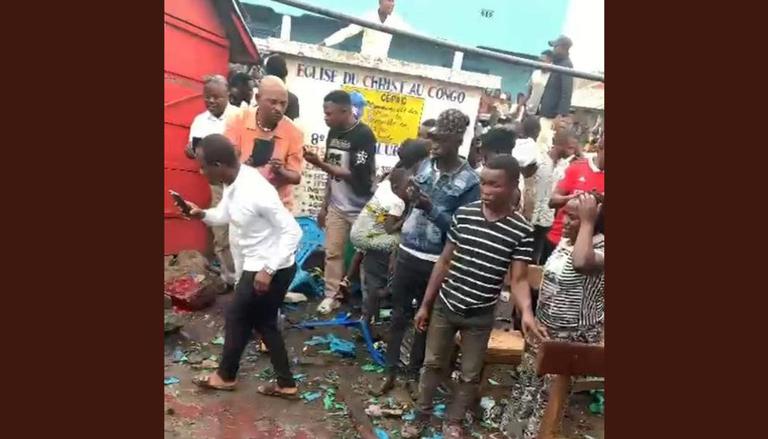 
The Daesh terrorists, which is known as ISIL/ISIS/IS/Islamic State, have taken the responsibility for the deadly explosion at a Congo Church blast in the Northeastern Democratic Republic of the Congo (DRC), said Rita Katz, Director of SITE Intelligence Group. At least 17 people were killed while 20 sustained injuries in the attack during Sunday services in a church, Anadolu Agency reported. According to the witnesses, the intensity of the blast was so high that it severed some people’s limbs from their bodies.

Meanwhile, the UN Secretary General Antonio Guterres condemned the deadly attack at a church and reiterated that the United Nations will continue to support the Congolese government and people in their efforts to realize peace and stability in the eastern part of the country.

President Felix Tshisekedi condemns the attack as toll rises to 17

Taking to Twitter, the Director of SITE Intelligence Group wrote, "BREAKING: ISIS' Central Africa Province (ISCAP) claims deadly blast at church in Kasindi, a town in the Democratic Republic of the Congo. ISIS claims fighters planted and detonated an IED, resulting in "dozens of Christians killed and wounded," and threatens further attacks."

Meanwhile, Félix-Antoine Tshisekedi, the head of State, condemned the church bomb attack and reassured that the culprits would be prosecuted, arrested, tried, and severely punished. Taking to Twitter, the Présidence RDC wrote, " #RDC 15.01.2023| #CitéUA The Head of State, Félix-Antoine Tshisekedi condemns in the strongest terms the terrorist attack perpetrated this Sunday in a Pentecostal parish in the city of Kasindi (North Kivu), which left dozens dead and wounded."

“Very saddened by the heinous crime. The father of the nation, his excellency Felix Tshisekedi, presents his most heartfelt condolences to the bereaved families, reassuring that the culprits will be arrested, prosecuted and punished. The administrative and security authorities evacuated the wounded to health centers, while the corpses were taken to the morgue," the Presidency of the Democratic Republic of Congo said in a press statement.