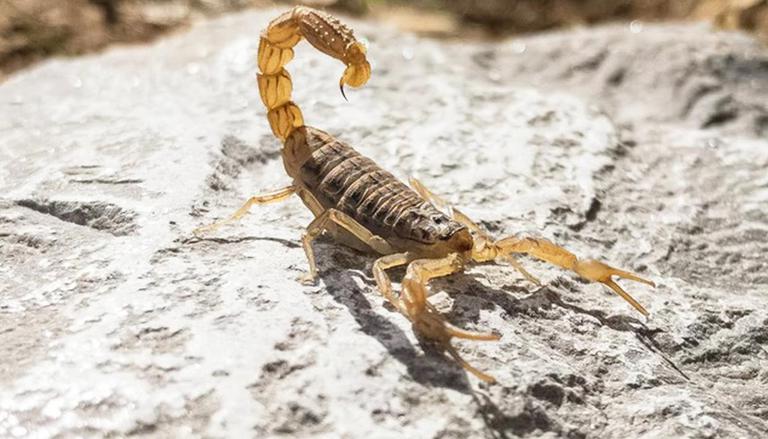 
Acting Health Minister of Egypt, Khaled Abdel Ghaffar, informed that more than 500 people got bitten by scorpions in Egypt's southern province of Aswan. The region recently witnessed massive storms. which in turn led to floods that forced scorpions to come out of their hidings and foray into the streets and thereby into people's houses. "503 residents in Aswan got antidotes for scorpion bites whereas there were two deaths from the bites," an official statement issued by Egypt's Health Ministry reads.

Meanwhile, three people have been reported dead after scorpion bites in the city of Aswan. Scorpions loitering on the streets and inside houses have now become a frequent incident, due to which the region's populace are getting affected. Earlier on Friday, hail and thunderstorms in the area near the River Nile were observed, which caused snakes and other reptiles to come out of their hidings. To prevent casualties, the health department has provided extra doses of anti-venom to hospitals, clinics, and medical centres in a village near mountains and deserts, a health official told Al-Ahram news agency.

In the storm-affected regions where cases of scorpion bites are hiking, doctors have been asked to pause the COVID vaccination procedure and divert attention to treating scorpion stings. Meanwhile, due to adverse weather conditions, power cuts, and trees collapsing in the streets have also escalated concerns among the citizens. Local authorities have urged the residents to remain at home and avoid places like forests, deserts, and places with many trees. It is pertinent to mention here that Egypt is the home of fat-tailed scorpions, which are among the most lethal in the world.

READ | Internet intrigued at Snakes coiling around each other on a rooftop; watch video here

Aswan’s governor, Ashraf Attia, on Friday ordered a temporary ban on the River Nile and Lake Nasser from travelling near the city and also ordered the temporary closure of some roads due to reduced vision caused by power cuts and storms. Later the authorities ordered the resumption of boats on the River Nile and the reopening of closed roads. According to the Egyptian Meteorological Authority, rainfall accompanied by thunder is expected in areas of South Sinai and southern Egypt.

If a person gets bitten by a black fat-tail scorpion, the venom can kill that person in less than an hour, leaving the body pale. Other symptoms related to widespread venom effects can include muscle twitching, difficulty breathing, and unusual head movements among others.