A week after staging a coup d'etat, military leaders in Guinea have commenced a week-long consultation with political, religious and business leaders. 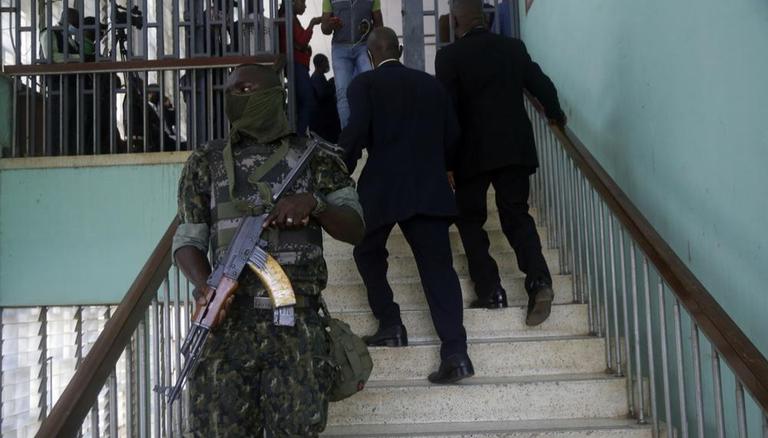 
A week after staging a coup d'etat, military leaders in Guinea have commenced a week-long consultation with political, religious and business leaders that they say will lead to the formation of a transitional government. On September 5, an unverified video surfaced online which showed nine unnamed soldiers surrounding the country’s President Alpha Conde hours after heavy gunfire was heard near the presidential palace. However later, the defence ministry said the coup attempts were thwarted by the National Guards. Notably, the head of Guinea’s special forces, Colonel Mamady Doumbouya, also appeared in the broadcast announcing the takeover.

According to Al Jazeera, the dialogue is expected to lay out the framework of a promised government of unity that would lead the west African country back to constitutional order. Additionally, it is also expected to set a timeline and the leader for the transitional administration. The ongoing discussions would not be limited to political groups but would extend to the regional government, religious groups, diplomatic missions, civil society groups and business organisations. It is worth mentioning that the soldiers have announced a new moniker for them-  The National Committee of Gathering and Development.

President Conde has faced mounting criticism since he assumed the third term in office, saying the two-term limit did not apply to him because of a constitutional referendum he had put forth. He was re-elected, but the decision called for violent demonstrations on the streets. The Opposition told the media that dozens were killed.

Conde, who is 83, could remain in power until 2030 if he wins again in 2025. He first came to power in 2010 in the country's first democratic election since independence from France in 1958. While few observed his presidency as a fresh start, others claim that Guinea is mired by decades of corrupt, authoritarian rule. Opponents say he failed to improve Guineans' history, most of whom live in poverty despite the country's vast mineral riches. In 2011, he narrowly survived an assassination attempt after gunmen surrounded his residence overnight and pounded his bedroom with rockets. The rock-propelled grenade landed inside the compound while one of his security officers was killed.