Kenya has launched a first-ever national wildlife census on May 7. The census would help in obtaining accurate data on wildlife resources in the country. 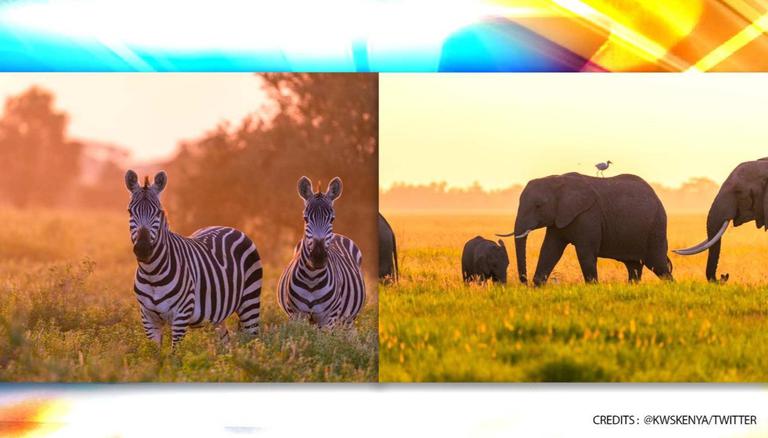 
The Kenyan authorities have deployed planes, helicopters, boats, hundreds of camera traps for conducting the first-ever survey of wildlife. Kenya has launched a first-ever national wildlife census that would cover both land and aquatic wildlife on May 7. Cabinet Secretary for Tourism and Wildlife Najib Balala said the first-ever wildlife census in Kenya will help the government in obtaining accurate data on wildlife resources. He noted that the data obtained in the census would help in recommending modern strategies for the conservation and management of wildlife.

"The information generated during the census will support implementation of Government of Kenya conservation and tourism policies and support tools for adaptive management", Balala said in the news release.

Cabinet Secretary for Tourism and Wildlife Najib Balala presided over the official launch of the drive at Shimba Hills National Reserve in Kwale county. The two-month exercise is fully funded by the government and is being executed by the Ministry of Tourism and Wildlife, the Kenya Wildlife Service and the newly created Wildlife Research and Training Institute. The census will be carried out in the country's Conservation areas and key wildlife-rich counties. During the launch, Balala said that the National Wildlife census will help to change the conservation model that mitigates human-wildlife conflict, while protecting people's livelihoods.

READ | Elephant population in Kenya has increased by 2.8%, poaching declined by 96%: KWS

The National Wildlife census will help @kwskenya to change the conservation model that mitigates human wildlife conflict, while protecting people's livelihoods. A model that balances conservation and livelihoods 🇰🇪#CountToConserve pic.twitter.com/SS8LLq0FSS

The government will spend 250 million Kenyan shillings to obtain data on wildlife in the country, reported The Guardian. The census is due to be completed by the end of July and the results are expected in August. Speaking at the launch, Cabinet Secretary for Tourism and Wildlife Najib Balala revealed that the authorities will undertake aerial census in wildlife ecosystems that includes Tsavo, Maasai Mara, Amboseli, Laikipia-Samburu, Meru, Garissa, Wajir, Marsabit, Turkana, Marine animals, and freshwater birds within the Coast & Major Rivers.