Nigeria: 34 Killed In Deadly Attack By Unidentified Gunmen In Northwestern State Of Kaduna

At least 34 were killed and seven others were severely wounded after gunmen ambushed the village in the northwestern state of Kaduna, Madamai, and Kaura 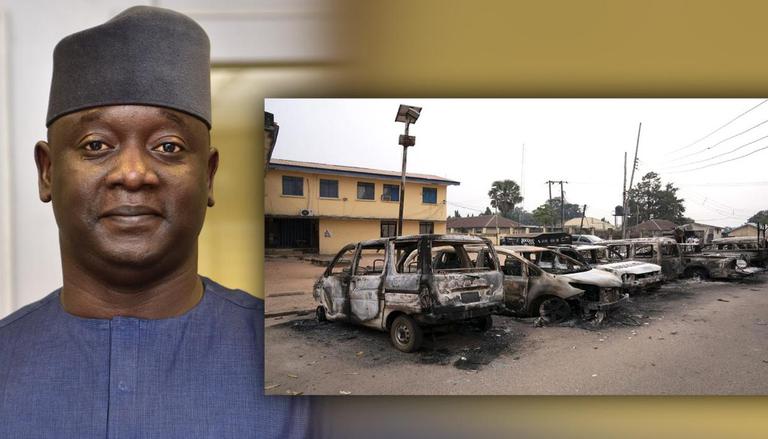 
At least 34 were killed in a shoot out carried out in three states of Nigeria. Seven others were severely wounded after gunmen ambushed a village in the northwestern state of Kaduna, Al Jazeera reported. On the sidelines, armed men also infiltrated Madamai and Kaura and slaughtered 34 on September 26, Sunday.

The gunmen from Kaduna also rained bullets near a church in the Kachia district on Sunday. The violent firing killed worshippers and gravely injured many, State Security Commissioner Samuel Aruwan said in a statement on Monday. He also confirmed the death toll, adding, that the military troops came under fire before forcing the assailants to withdraw after an intense exchange. Two suspects were arrested in connection with the attack on Tuesday.

In a separate set of events on the same day, 22 Nigerian security personnel were killed in an attack at a remote northwestern Sokoto army base. According to Al Jazeera, 17 bodies were retrieved on Sunday and five more on Monday. Among the deceased were police officers and members of the civil defence forces.

READ | Nigeria: 73 students kidnapped by terrorists in yet another attack on school children

In a similar suspected jihadist attack in June 2021, at least 59 were killed in northeastern Nigeria. According to BBC, the gunmen entered a remote village in the Gubio district of Borno and launched a bullet barrage on the residents. In March, the militants ambushed and killed at least 47 Nigerian soldiers in a northeastern province. On the same day, another troop of assailants brutally murdered another 100 in Chad.

Even though there are no claims of the attack yet, the Nigerian military has suspected the involvement of the Islamic State-aligned Boko Haram behind it. The civil situation in the northwest and central Nigeria has become more brazen in recent months following clusters of Islamic State West Africa Province group. The bandits often raid villages, steal cattle and kidnap women and children in return for ransom.