Almost after two weeks, the abductors finally freed at least 70 students who were kidnapped from the Government Day Secondary School on September 1. 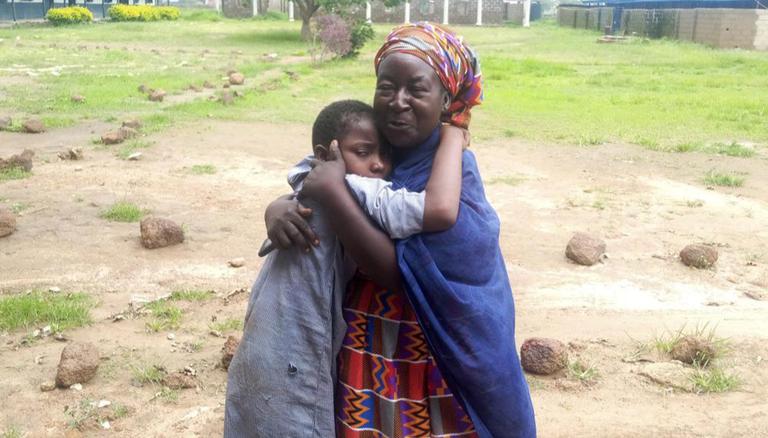 
Almost after two weeks, abductors finally freed at least 70 students who were kidnapped from the Government Day Secondary School on September 1. According to a report by the Associated Press (AP), the announcement was made by Zamfara state Governor Bello Matawalle, who claimed that the students were reunited with their families late on Sunday.

The report said that a series of incidents unfolded on September 1, Wednesday, when scores of heavily armed gunmen had attacked a school in northern Nigeria and kidnapped 73 students.

However, police had rescued five of the kidnapped students the very next day. The latest attack in a wave of school kidnappings in northern Nigeria prompted the government to shut down all primary and secondary schools in Zamfara state.
Zamfara governor said that the students were rescued with the help of some of the gunmen who had repented their disgraceful act.

"Using some of the bandits that repented, we were able to know where they were keeping these children. We worked closely with them for about 10 days and yesterday, at about 2 a.m., the commissioner of police alongside others took off to the location where these children were rescued," Matawalle said.

Mass kidnapping of students in Nigeria is quite common

While speaking to the news agency, Zamfara state police spokesman Mohammed Shehu denied sharing any details pertaining to the rescue operation. Shehu reiterated that he has no details of the operation as he was not in the state, where authorities blocked telecommunications access.

It is worth noting that the authorities invoked phone blackout and other measures including the restriction of late-night movements and vehicular traffic, in order to target the gunmen. After the measures were introduced, the Zamfara governor said last week that the gunmen were begging for amnesty, which he declined.

At least 1,436 students were kidnapped in past years: UNICEF Report

According to the report of the United Nations Children’s Fund (UNICEF), the country has witnessed 10 major abductions in the past, in which at least 1,436 students have been taken. The report said that at least 200 students are still held in captive and 16 children have died in the attacks.

School kidnappings have taken place in nine different states, and the target list includes everyone from preschoolers to university students. Earlier in July, armed kidnappers in Nigeria released 28 of the 120 students who were abducted at the beginning of July from the Bethel Baptist High School in the northern town of Damishi.

READ | Nigeria: 73 students kidnapped by terrorists in yet another attack on school children