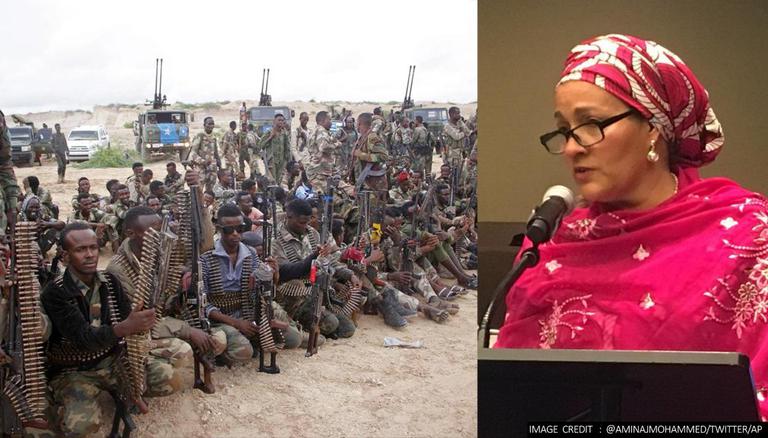 
United Nations Deputy Secretary-General, Amina J Mohammed, visited Somalia on Sunday to express her solidarity with Somali women for full and equal participation in politics and extended the support of the international community for timely, inclusive, peaceful and credible elections. The country, geographically positioned in the horn of Africa, is currently in the middle of its parliamentary elections and is waiting for polls to elect members of its lower house. Notably, the UN and other international organisations have called for “advanced elections” and greater representation of women in the Somali Parliament.

Last year, the women were given 24 per cent representation in the 329 seat parliament, according to the Inter-Parliamentary Union. Although the percentage was up from the previous 14 per cent , they demanded 30 per cent representation. Notably, a  bill approving the same was passed by the lower house but the proposal is yet to be tabled in the upper house.

"Somalia achieved a milestone at its last elections in 2016/17 with 24 percent of parliamentary seats filled by women, and I am hopeful that the country will build on this by expanding women’s participation even further," said Mohammed. "Ensuring the 30 per cent quota is met is an important first step to full representation and inclusive society. The peace dividend will not happen without women," the UN website quoted her as saying.

My sister Somali leaders are amongst the best in the country and on the continent.

Implementing the 30% minimum quota for women in the ongoing elections will be a watershed moment for #Somalia and the #SDGs. pic.twitter.com/PsaNCvqQ23

During her visit to the capital city of Mogadishu, she met the country’s President Mohamed Abdullahi Mohamed ‘Farmaajo’, Prime Minister Mohamed Hussein Roble and the National Consultative Council (NCC), which is tasked with conducting free and fair elections in the country. Noting that Somalia has achieved “considerable momentum” in elections, she lauded efforts made to ensure women’s political rights but voiced concern about the “overall situation of Somali Women.”. The Deputy Secretary-General also met women leaders, activists and advocates.

“Prime Minister Roble and other members of the NCC have shown great leadership and commitment to advance women’s political participation, including through specific measures such as decreasing fees for women candidates and appointing Goodwill Ambassadors and Champions to advocate for greater inclusion,” the Deputy Secretary-General said.

“It will also be important to agree on a specific mechanism on how exactly the commitment of a minimum 30 per cent quota will be achieved in the upcoming elections,” she added.