As many as 12 troops of the South Sudan People's Defence Forces (SSPDF) were killed in a violent attack launched by rebel forces on Friday. 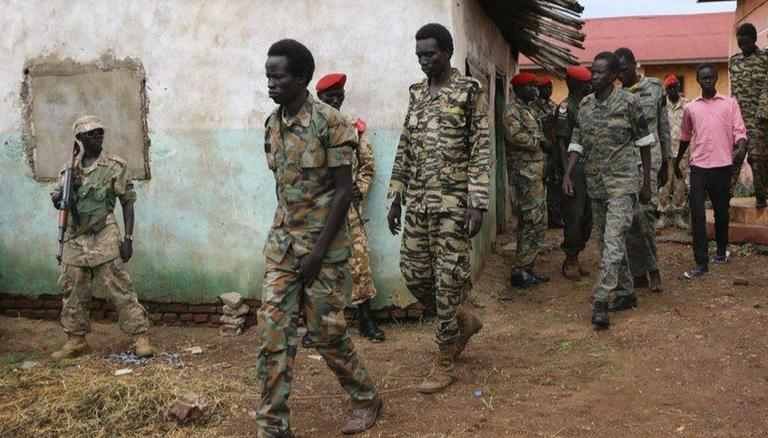 
As many as 12 troops of the South Sudan People's Defence Forces (SSPDF) were killed in a violent attack launched by rebel forces on Friday. The incident took place around 2 am in the oil-rich Mayom County headquarters. 13 more troops sustained grievous injuries during the early morning firing that exacerbated the already chaotic situation in the impoverished North African country.

The rebel forces, identified as loyal to opposition leader and head of South Sudan People's Movement/Army, Stephen Buay, claimed responsibility for the attack, Xinhua News reported. The insurgents breached the outer border and fatally shot 12 defence forces' personnel, said the spokesperson for SSPDF, Lul Ruai Koang as quoted by Chinese media Xinhua News Agency. Among the deceased were Mayom County Commissioner James Chuol Gatluak, his family, and bodyguards. Kuang informed that the Sudanese authorities have launched a probe into the incident to bring the accused to justice. He added that the investigators are carrying out a manhunt for the perpetrators who are expected to pay a "heavy price" for the crime.

"We deployed security forces on the ground collecting information as well as doing an investigation to ascertain exactly what happened and in regards to the attack, we have mobilized our security forces in the area," Koang said.

South Sudan was formally recognised as an independent, sovereign nation on July 9, 2011, after it seceded from Sudan. Despite holding one of the richest agricultural areas in Africa, South Sudan is swindling on the edge of an acute food crisis due to persistent civil riots in the country. The violent clashes and civil killings stemmed from a political conflict between the country's President Salva Kiir and his deputy back then Riek Machar in 2013. Armies loyal to respective sides descended into sporadic fights. Political elites have benefited from the 10-years-long running clashes.

Millions of displaced citizens are in dire need of humanitarian assistance as the situation worsens. Meanwhile, the UN Human Rights organisation received complaints of human trafficking, child labour, and forced employment in down-trodden jobs like being sex slaves. Women, girls, and children are also sent to urban centers for doing odd jobs like rock-breaking, shoe polishing, car washing, etc. Gang rapes and beheadings are other appalling crimes against humanity that the civilians reel under. Meanwhile, there have also been reports of abductions and subsequent increases in minors in radical groups.