Sudan’s intelligence services informed that five counter-terrorism officers were killed during a raid in Khartoum targeting a cell linked to ISIS. 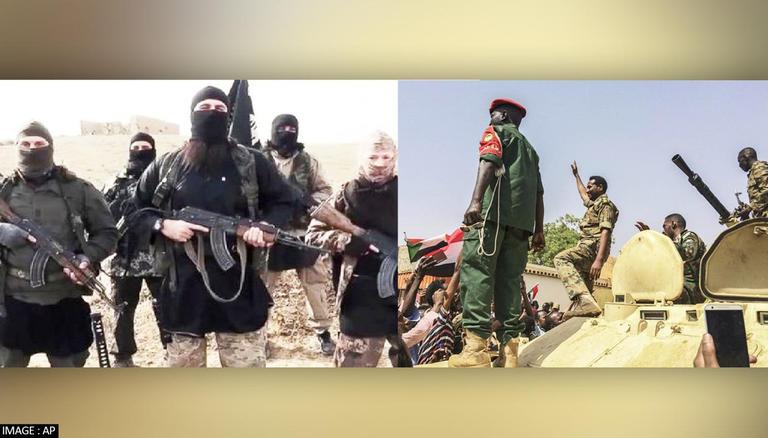 
Sudan’s intelligence services informed that five counterterrorism officers on Tuesday, 28 September, were killed during a raid in Khartoum targeting a cell linked to the ISIS armed group. According to Sudan News Agency Suna, the country’s intelligence services in a statement informed the raid was conducted after General Intelligence Service (GIS) received information on the presence of a terrorist cell linked to IS.

It said that two officers and three non-commissioned officers were killed during Tuesday’s operation in the capital city. Further, the GIS stated that during the operation “eleven terrorists from different foreign countries were arrested”. It added that “four foreign terrorists managed to escape. They are being hunted down to be arrested."

“The terrorist group in Jabra Square (14) opened fire on the executing force, and the General Intelligence Service counted five martyrs, including two officers and three non-commissioned officers, and an officer was wounded, and then the group of four foreign terrorists escaped, and they are being chased to arrest them,” the GIS said in a statement.

Following the raid, Sudan PM Abdalla Hamdok mourned the demise of the five “heroes” killed confronting a cell linked to the Islamic State group. Hamdok wished the wounded a speedy recovery. “Heaven and eternity for the martyrs and speedy recovery for the wounded, and we ask God Almighty to protect the country and servants,” he said.

The latest incident comes after Sudan’s government said that it thwarted a coup attempt last week, involving military officers and civilians linked to the former regime. The Sudanese coup d'état was attempted to be carried out on 21 September by sympathisers of the ousted autocratic ruler Omar al-Bashir. At least 40 persons were linked to the coup attempt.

Prime Minister Abdalla Hamdok referred to the coup as the "latest manifestation of national crisis”. During a televised interview, Hamdok shed light on the details of the "extensive preparations" made by the plotters. He said, "The plotters showcased...security breakdown in cities... blocking of national roads, closure of ports and persistent instigation against the civilian government”. The attempted revolt apparently began in one of the South Khartoum military camps.