Around 400 illegal immigrants were rescued off the Libyan Coast by the United Nations High Commissioner for Refugees (UNHCR). 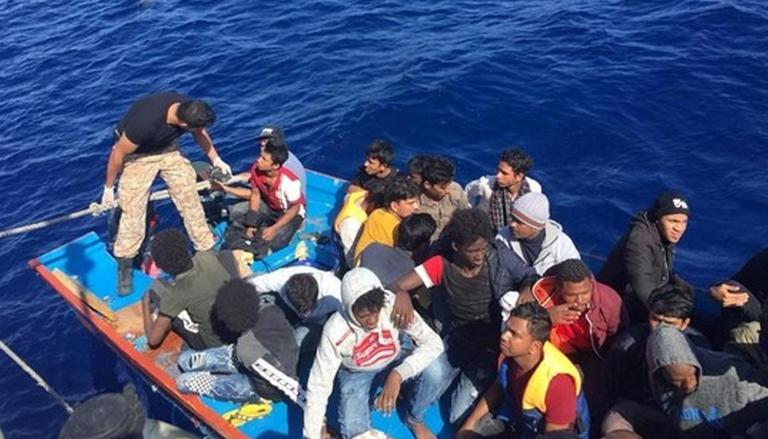 
Around 400 illegal immigrants were rescued off the Libyan Coast by the United Nations High Commissioner for Refugees (UNHCR). The group of migrants rescued by the UNHCR included 28 women and 4 children. On Wednesday, UNHCR took to Twitter and announced that around 200 migrants from the group went returned to Libya.

The immigrants disembarked at Tripoli Naval Base and Azzawiya Oil Refinery. "The majority were Sudanese, Eritrean, and Ethiopian," informed UNHCR. On the arrival of the migrants, the refugee agency provided urgent assistance to all survivors, it added. The group travelled the traditional Central Mediterranean route.

🚨Last night, some 400 persons were returned to Libya including 28 women and 4 children. Disembarkations took place at the Tripoli Naval Base and Azzawiya Oil Refinery. The majority were Sudanese, Eritrean and Ethiopian. UNHCR and IRC provided urgent assistance to all survivors. pic.twitter.com/BqA0lrEGBj

Libyan citizens have continued to flee the war-torn nation since 2020. The UNHCR in February 2020, rescued another batch of 400 illegal immigrants off the Libyan coast. The migrants were brought to the Libyan capital Tripoli in two coast guard vessels, UNHCR said in a tweet. They were provided with life-saving assistance.

According to reports, migrants leaving African countries have seen a steep spike in recent months. About 22,000 asylum seekers were rescued and returned to Libya in 2021, ANI reported. According to the International Organization for Migration, the rescued migrants end up inside overcrowded reception centres across Libya. At least 57 people were presumed dead after a country-made boat capsized off Libya’s coast on July 2021, another 20 migrants died after the boat carrying migrants overturned mid-way in June 2021. Additionally, as many as 323 migrants died tragically and 417 went missing as they traversed across the Mediterranean Sea route to European shores in 2020.

Nine years after the fall of Muammar Al-Gaddafi, Libyan citizens continue to struggle for peace and stability amidst violent uprisings in the nation. The report submitted by Amnesty International marked the April 2021 incident as one of the 'deadliest' as it had claimed the lives of 130 people. "External factors have exacerbated Libya's problems by funnelling money and weapons to proxies that have put personal interests above those of the Libyan people," mentioned the United States Institute of Peace. Meanwhile, the United Nations' peace brokering process has also been "overshadowed" by sponsored foreign government conferences. Additionally, internal conflicts have left Libyan borders porous, facilitating increased trafficking and smuggling of weapons.