According to an independent investigation, WHO staff workers were among 83 aid workers who sexually abused women and girls amid deadly Ebola outbreak in Congo. 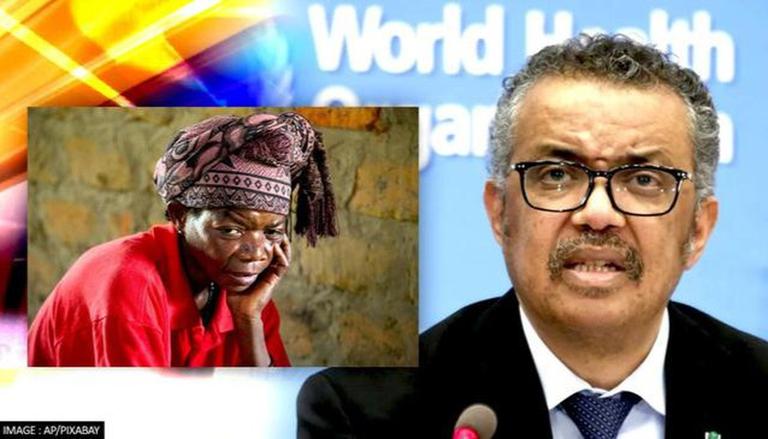 
In an unprecedented development, on September 28, Director-General of the World Health Organisation (WHO) Tedros Adhanom Ghebreyesus was compelled to apologise pertaining to rape and sexual abuse allegations in the Democratic Republic of Congo. According to independent investigations and reports, WHO staff workers were among 83 aid workers who sexually abused women and girls amid the deadly Ebola outbreak in Congo.

"I am sorry for what was done to you by people who are employed by WHO to serve and protect you," Tedros said while apologising directly to the victims.

While addressing a conference, he owned up to the responsibility and said that 'ultimately' the onus rested with him. The WHO head also promised to support and protect victims, while vowing to rebuild the WHO's structure and culture.

Reports suggest that the public health-oriented UN agency along with the leadership were aware of the findings of the said report nearly six weeks prior to claiming it publicly. The report accessed by Republic TV read, "message was sufficiently explicit and was in fact the first report of incidents of sexual exploitation and abuse involving WHO staff during the response to the 10th Ebola outbreak." Furthermore, the texts clarified that the WHO 'was aware of these incidents already in early May 2019 and not in mid-June 2019','' as submitted during the probe.

According to WHO head Tedros, the report described incidents as 'harrowing findings' while the regional director of the public health-oriented specialised agency of the United Nations, Matshidiso Moeti, said she was 'humbled, horrified and heartbroken'. About 80 cases of women and girls aged between 13 and 43 have been examined and they identified 21 employees working for the intergovernmental health organ as perpetrators. They alleged the WHO staff to have committed sexual abuses, including numerous rape incidents.

As per the report, the sexual offences and abuses led to 29 pregnancies, with some of the accused insisting that females go for an abortion procedure. Reports have suggested that the accused WHO staff include local as well as plenty of international volunteers between the years 2018 and 2020. The probe was initiated after national authorities received more than 50 reports of sexual abuse from women and girls.

WHO director-general admits sexual abuse by his staff was 'inexcusable'

Pursuant to the 35-page report which was produced by an independent commission after the investigation, WHO head Tedros outrightly admitted that crimes against women and girls while committing to service in the guise of WHO was 'inexcusable'. The commission responsible for the probe into the grave allegations, interviewed women who stated that they were offered work in exchange for 'sexual intercourse'. Females were also allegedly plied with drinks, 'ambushed' in hospitals and forced to have sexual intercourse in an inebriated state, while two females had been impregnated.

The report has revealed that 21 of the 83 alleged perpetrators were employed by or associated with the WHO.

WE RECOMMEND
WHO to revive probe into COVID-19 origin with new team of scientists: Report
What is Pradhan Mantri Digital Health Mission? Who all can avail benefits under PM-DHM?
WHO recommends Regeneron drug for severe COVID-19 patients, urges price regulation
Allowing Afghanistan's healthcare system to fall apart would be 'disastrous': WHO chief
WHO DG thanks India for resuming COVID vaccine supply to COVAX from October