A day after gunmen and two suicide bombers attacked crowds of Afghans flocking to Kabul’s airport on Thursday, Australia has announced to suspend the evacuation 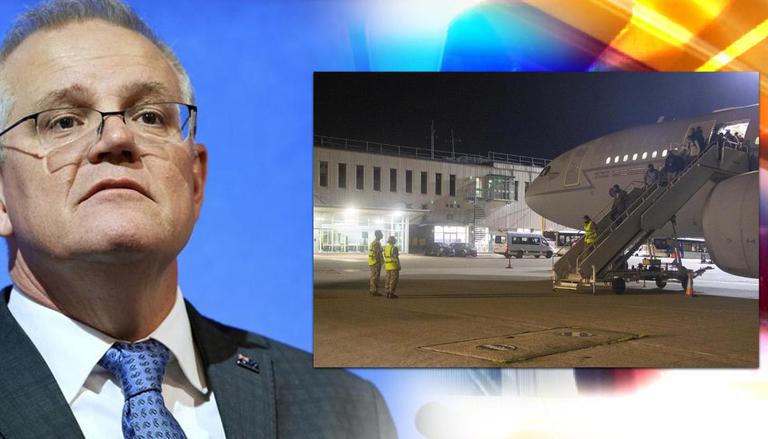 
A day after two suicide bombers attacked crowds of Afghans flocking to Kabul’s airport on Thursday, Australia has announced end of the evacuation operation from Afghanistan. While speaking about the evacuation, Defense Minister, Peter Dutton informed that troops have left the war-torn country before the deadly bombing attacks at the Kabul airport. According to local media reports, it has not yet been confirmed whether any Australians or visa holders were injured in the Kabul airport blast. "Not too long before the attack, I can confirm that Australian troops and the rest of our personnel were wheels up and out of Kabul and I am so grateful that they are now safe," Dutton said.

Australia asked its citizens to avoid travelling to Kabul airport

Earlier on August 26, Australia asked its citizens to avoid travelling to Kabul airport as the situation in Afghanistan remains "highly volatile" and there is an "ongoing and very high threat" of a terrorist attack. In a statement to the press, Australian Foreign Minister Marise Payne said that the government remains focused on safe evacuation from the war-torn country. "Our clear travel advice is now, do not travel to Hamid Karzai International Airport and if you are in the area of the airport, move to a safe location and await further advice," Senator Payne said. According to Sydney Morning Herald, more than 1000 Afghans with Australian visas remain stuck in the war-torn country.

"Afghanistan remains highly volatile and dangerous. Be aware of the potential for violence and security threats with large crowds. There is an ongoing and very high threat of a terrorist attack," she added.

Biden pledged to take revenge on those behind the Kabul attack

According to reports, the twin blast killed more than 100 people including 13 US troops. The first blast was reported at the Abbey Gate in Kabul airport while the second one was near the Baron Hotel. Earlier on Thursday, US President Joe Biden promised to take revenge for the 13 US troops and service members killed in the suicide bomber attack. Biden declared the extremist group responsible for the attack on Thursday. “We will hunt you down and make you pay," Biden stated in front of the reporters during a press conference in the East Room of the White House. The United States has reason to believe the leaders of the Islamic State-Khorasan terror group are behind the attacks at the Kabul airport.