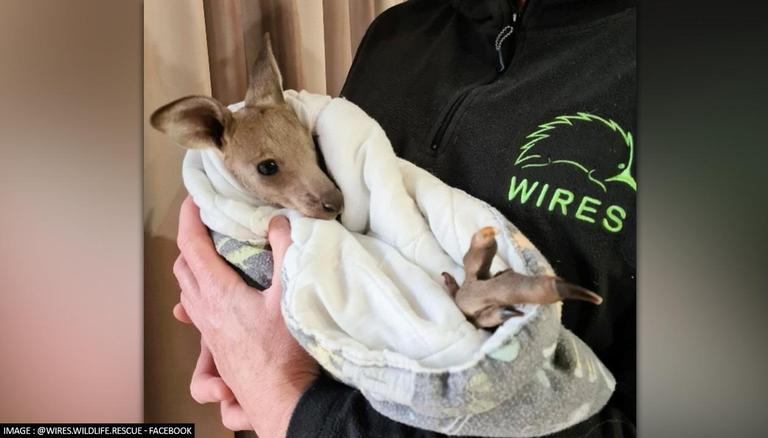 WIRES, a wildlife rescue team, was called to one of the scenes after an injured baby kangaroo was discovered. The animals were hit by a car, according to the police. Two 17-year-old boys were detained on October 11, Monday night and charged on Tuesday after a brief investigation that included public tips. In November, the two will face juvenile court "for carelessly beating and murdering animals." Each could face a five-year prison sentence as well as a $15,000 fine.

WIRES, the rescue team took to Twitter to inform that 15 kangaroos have lost their lives but shared an update shortly saying that one of the baby kangaroos survived.

Our community of carers & supporters are saddened by the news of events in Batemans Bay on Friday night resulting in the deaths of 15 Kangaroos, including two joeys across two separate locations. This has left an indelible mark on our dedicated volunteers and local residents.

They called the act 'tragic and senseless.' They also appreciated communities' efforts in reporting and assisting Police with their investigations into this incident.

In 2019, a teenager was arrested for killing 20 Kangaroos

In another horrific incident, a teenager was arrested and charged in September 2019 in connection with the deaths of approximately 20 kangaroos hit and killed by a vehicle in NSW. Police in Australia had detained a 19-year-old man accused of killing up to 20 kangaroos in one night.

READ | 'Our jaws are on the floor': Extremely rare white kangaroo born in New York zoo

According to a press release from the New South Wales Police Force, the killings occurred on September 28, 2019, after the suspect reportedly hit and murdered them with a vehicle between 10:30 p.m. and 11:30 p.m. On October 1, the suspect was apprehended and accused of torture, beating, and causing the death of an animal.

Each year, the RSPCA investigates over 50,000 animal cruelty allegations in Australia. Kangaroos are a common sight in the region, which is located on the state's south coast. In 1908, the kangaroo was given official recognition as it was included in Australia's coat of arms.

WE RECOMMEND
Australia's NBL season tip off delayed until December
Australia to change defamation laws, wants Facebook held liable for anonymous comments
India W vs Australia W: Shikha Pandey bowls 'ball of the century' to dismiss Alyssa Healy
In Australia, mysterious blob spotted near Queensland's Kemp Beach
COVID: Lockdown must be made a thing of the past, says Australia's Treasurer