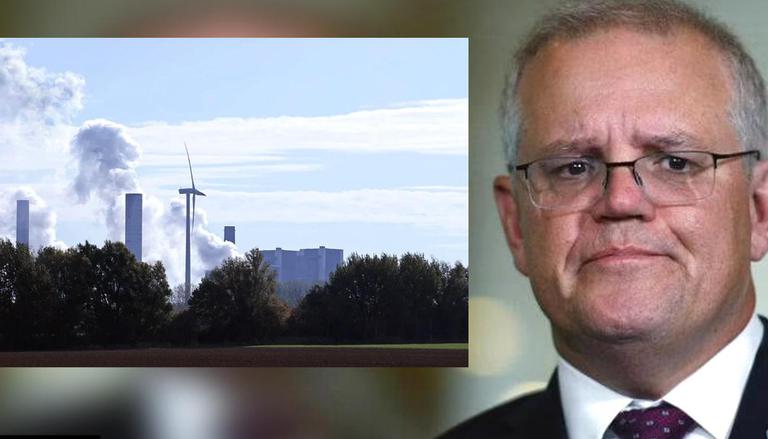 
Earlier this month, leaders from over 194 countries attended the United Nations Climate Change Conference (COP26) in Scotland, vowing to bring down carbon emissions by end of this decade. During the conference, the participant countries also signed the ‘Glasgow Pact’ which “requests” them to re-examine and strengthen the 2030 targets in next year COP27 summit in Egypt. However, on Monday, Australia announced that it would not revise its target.

On Monday, the country’s Prime Minister Scott Morrison told reporters that he had no plans to change his policy. “We are going to achieve a 35% reduction in emissions by 2030. That is what we are going to achieve and that is what actually matters,” Morrison was quoted as saying by The Guardian. His stance was parroted by Deputy PM Barnaby Joyce who said that country was "happy" with its current targets. A day earlier Morrison government had released a statement declaring the 2030 target as “fixed.” Notably, Morrison said that Canberra would “meet and beat” its Paris target of a 26% to 28% cut on 2005 emission levels.

At COP26, the Australian Administration triggered outrage from climate activists after it said that it would stick to its previous target of 2030 emissions reduction. Many politicians also suggested an increased target. Speaking to Sky News, NSW Liberal MP Dave Sharma said the island should consider a target of 40% to 45% by 2035. His stance was reiterated by other moderate leaders including  Jason Falinski, Katie Allen and Trent Zimmerman.

Meanwhile, India and China had objected to another commitment made at COP26. Both the countries-highly dependent on coal- have raised opposition to “phase out” coal, forcing them to reopen the draft text of the deal and instead proposing the slightly weaker “phase down” coal usage. The commitment, therefore, now allows them to still carry on using coal in some way. It does not attach any deadline to the use of coal, which is the worst fossil fuel for greenhouse gases. Speaking to The Guardian in the aftermath, COP26 Chief Alok Sharma said that India and China’s actions had left him “deeply frustrated."