The vessel, known as 'Orange Roughy', completed its last trip among the long list of its scientific expeditions for the Australian Antarctic Division on Dec 12. 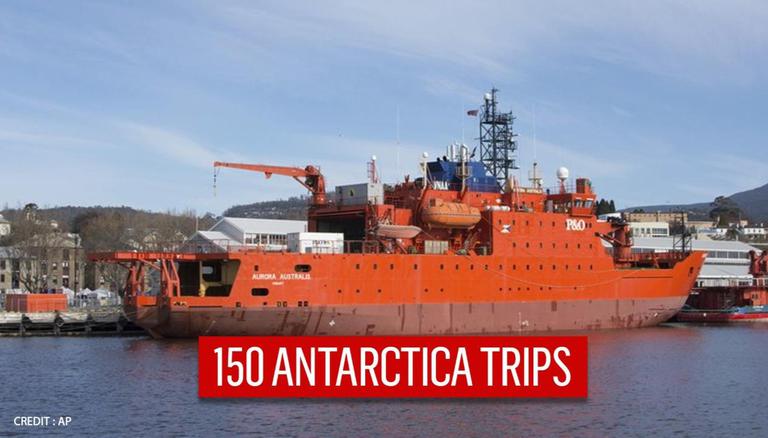 RSV Aurora Australis, the only Australian built icebreaker that served the country's Antarctic program for 30 years has been decommissioned after nearly 150 voyages to Antarctica. The vessel, known as 'Orange Roughy', completed its last trip among the long list of its scientific expeditions for the Australian Antarctic Division (AAD) on December 12 as it now prepares to retire at a shipyard in Dubai, to be sold or leased.

The 312-foot orange icebreaker has been replaced by another giant vessel and the scientists are now planning to refurbish the ship, according to Associated Press. Aurora Australis started conducting maiden voyages in September 1989, after its launch from NSW shipyard, north of Sydney and gained popularity after it sailed to Heard Island, an external Australian territory around the year 1990. Since then, it ferried scientific researchers, transported food supplies and fuel for several expeditions in the Antarctic ocean.

The Aurora Australis will be leaving Hobart for the last time tomorrow morning - Saturday 12 December at 09:00 local time.

Sounds like she will get a mighty send-off, as she deserves. pic.twitter.com/QDUcbUCvcd

"You form a bond when you're isolated and working in extreme conditions," said Sean Lawrence, a seaman for 14 years on the vessel. "To suddenly have that leaving your life, it leaves a bit of a hole," he added.

Lawrence was aboard the Orange Roughy at Mawson Station in Antarctica during a blizzard in 2016 and had bid farewell to the vessel goodbye as it left the River Derwent. Australia's flagship icebreaker had rescued 37 passengers during Antarctica’s severe blizzard battling the tough weather conditions as it ferried people to the Mawson research station safely, ADD had then announced. The iconic ship had spilled no fuel spilled as it ran aground. For several years, the vessel took care of a large number of expedition member groups in the Antarctic.

Leanne Millhouse, voyage leader for the AAD aboard Aurora Australis had been onboard the icebreaker ship more than 15 times for research expedition or to rescue tourists and crew from another stranded vessel in the turbulent sea. Another crew member Master Gerry O’Doherty told ABC radio that he spent more than half his seagoing career with the orange Aurora Australis and he was, in fact, quite impressed.

The vessel saved over 52 sea voyagers from the MV Akademik Shokalskiy to safety after they got trapped due to thick ice. As it docked to be replaced by $398 million RSV Nuyina, people gathered to bid their favourite ship a heartfelt farewell.

“Nuyina is really three ships in one – a world-class scientific #research platform, a highly capable #icebreaker, and a #resupply vessel with three times the cargo capacity of its predecessor.” – Rob Bryson, Australian #Antarctic Division

🌊 Australia’s new #Antarctic #science #icebreaker RSV Nuyina is powering through the North Sea on its first trial voyage. Hats off (and hold on!) to the AAD's #Nuyina project team, @damen & @sercoaspac. Some way to go yet before home to #Hobart in mid-2021.

Read: Australia: Dolphin Safely Returned To Sea After Getting Stuck In Rock Lagoon For Days