Scientists were rendered astonished after at least two Zombie fish were brought out of the Third Reedy Lake near Kerang, Victoria during a survey.

Australia’s zombie fish, declared extinct nearly 20 years ago, has made a comeback. The southern purple-spotted gudgeon, a small colourful native fish, which had presumably wiped out completely in 1998 was recently discovered swimming in Third Reedy lake in Australia. Scientists were astonished after at least two such fish were brought out of the lake during a survey that was aimed at 'generating water savings for the environment', Australia's North Central Catchment Management Authority (CMA) said in an update.

After the rare fish was identified as 'Zombie Fish', an appointed team foraged the lakes and found at least 80 more, of which 66 were found in Middle Reedy Lake alone. After the mindblowing discovery, the government set up a Southern Purple Spotted Gudgeon Advisory Group which involved environment experts. The experts believe that it's a great chance to bring the southern purple-spotted gudgeon back from the brink.

Head of Victoria Department of Environment, Land, Water, and Planning, and chair of  DELWP, Adrian Martins said, “We couldn’t believe it when we started finding so many at Middle Reedy.” Furthermore, he added, “Most of our team have worked their whole lives dealing with the decline of threatened or endangered species, so to have an opportunity to be witnessing the opposite is something special.” The head of the DELWP stated that the panel was now tasked with the “big job” and that is planning for the long term survival and conservation of the species. Another task would be the reinstatement of the Third Reedy lake as a conservation site.

“This is a really incredible and exciting find. We have a great chance now to not only bring the southern purple spotted gudgeon back from the brink, but to help build its numbers and distribution back up to what they were before European occupation, river regulation, and the introduction of pest species,” group chair Adrian Martins of DELWP said in a CMA release.

“The drawdown of Third Reedy was put on hold, water for the environment was delivered to keep the water level stable,” Martins said, adding that the team was now looking to redistribute the fishes in nearby water lakes. Listing other sites where the fishes were discovered, Martins informed that at least  three were found at Kangaroo Lake, eight at Racecourse Lake. The fishes have been dispatched for the  eDNA sampling to establish if there’s population elsewhere further afield. 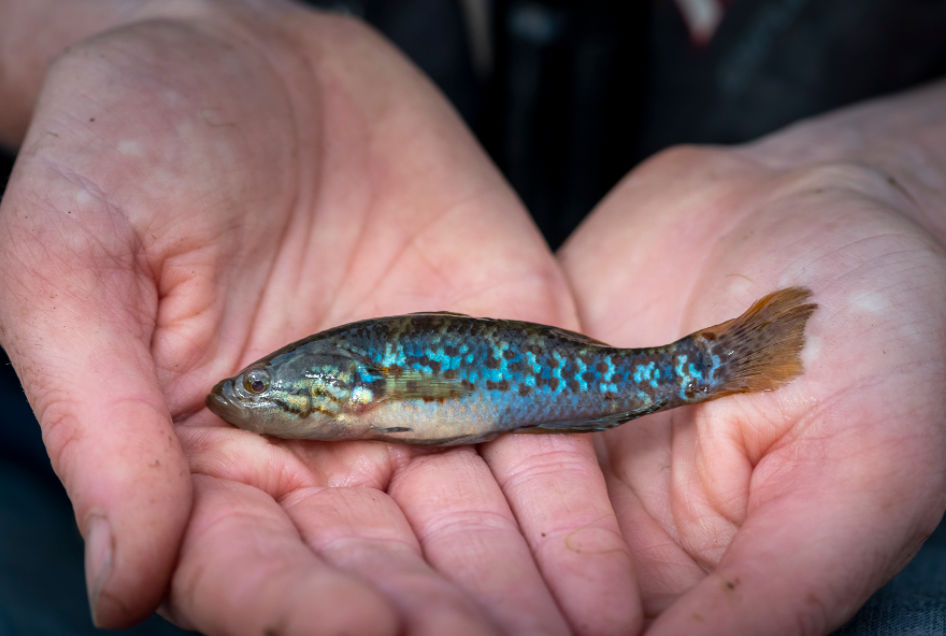