China had earlier said that Beijing will provide financial aid to Afghanistan and play a 'positive role' in the reconstruction of the war-torn country. 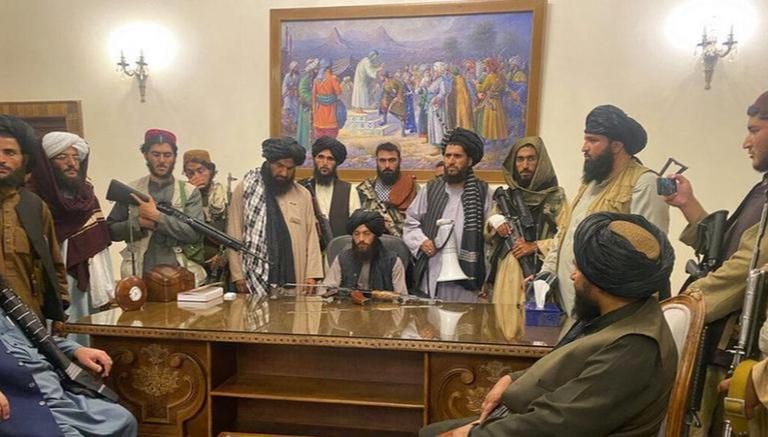 
A day after announcing that it will provide financial aid to Taliban-ruled Afghanistan, a Chinese diplomat met members of the terrorist outfit in Afghanistan on Tuesday. A Taliban spokesperson said that Abdul Salam Hanafi, the deputy head of the Taliban's political office in Qatar, met the Chinese Ambassador to Afghanistan Wang Yu in Kabul to discuss the security of the Chinese embassy and its diplomats.

"They discussed the security of the Chinese embassy and diplomats, the current situation in Afghanistan, bilateral relations and China's humanitarian assistance,"  Sputnik reported.

Even as chaos unfurled in Afghanistan's capital, Kabul, after the country fell to Talibani terrorists, China has kept its embassy open. Meanwhile, other countries are currently scrambling to evacuate foreign nationals and their Afghan allies. In an earlier report, it was stated that Beijing was willing to recognise the Taliban as the legitimate ruler of Afghanistan after it toppled Ashraf Ghani's democratically elected government in Kabul.

However, in spite of fostering its ties with the Taliban, China has repeatedly expressed concern over the terrorist group's ties with the East Turkestan Islamic Movement (ETIM), which Beijing sees as a domestic security concern. The two sides had discussed the same issue in an earlier meeting. A Taliban delegation met China's foreign minister Wang Yi and the latter had conveyed to the delegation that the ETIM poses a direct threat to its national security and territorial integrity.

According to the Chinese foreign ministry's statement, Beijing further asserted that combating the ETIM is a common responsibility for the international community. Delivering the message to the Taliban's co-founder and the Head of the Afghan Taliban Political Commission Mullah Abdul Ghani Baradar, Wang Yi urged the insurgent group to 'play a positive role' to ensure security and stability in the region.

"We hope the Afghan Taliban will make a clean break with all terrorist organizations including the ETIM and resolutely and effectively combat them to remove obstacles, play a positive role and create enabling conditions for security, stability, development and cooperation in the region," the statement by the Chinese foreign ministry said.

Earlier on Tuesday, China announced that it will provide financial aid to Taliban-ruled Afghanistan while slamming the United States and alleging it of being the 'main perpetrator' of the crisis in the country. Chinese Foreign Ministry spokesperson Wang Wenbin remarked that Chinese financial aid will help play a 'positive role' for the country. In addition, Beijing has also committed to play a role in the reconstruction of Afghanistan. It stated that the country will help Afghanistan in 'self-capacity building.'

"I want to stress that the US is the main perpetrator and biggest external factor for the Afghan issue. It cannot leave the mess without doing anything. We hope the US will match its words with deeds and shoulder its responsibility to honour its own commitments in humanitarian assistance and reconstruction," Wang Wenbin said.

"China always adopts a friendly policy towards entire Afghan people" and provided substantial assistance to socio-economic development to Afghanistan. We hope there will be an early end to the chaos and wars in the country, it can resume financial order at an early date. China will also play a positive role in helping the country in self capacity building, peace, reconstruction and improvement of peoples' livelihoods," he added.