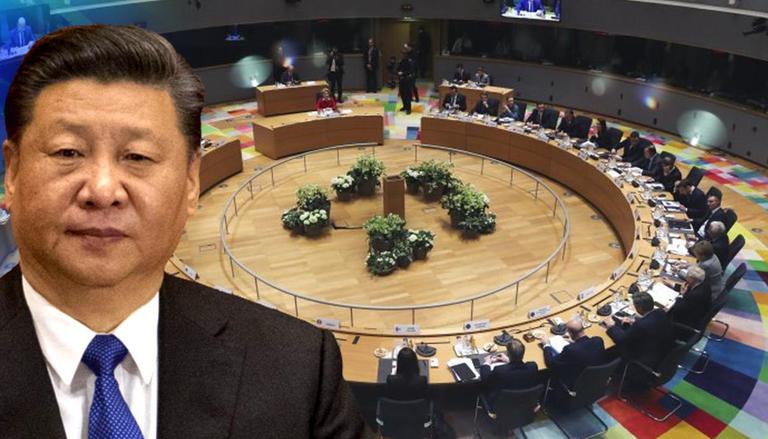 
China on September 15 called on the European Union (EU) to stop sending wrong messages on the issues concerning Beijing’s sovereignty. As per the Xinhua report, the spokesperson for the Chinese Mission to the EU made the remarks on Wednesday after Slovenian Prime Minister Janez Jansa accused China of its actions including the ‘expulsion’ of the Lithuanian ambassador. Chinese Foreign Ministry on August 10 had announced the decision to recall its envoy from Lithuania and demanded the Lithuanian government to withdraw its ambassador to China.

The Chinese government’s decision against Lithuania, declared last month, came in response to the Lithuanian government giving a nod to Taiwan for opening its own “representative office.” However, China considers the self-ruled democratic island as its own and criticises the nations building separate diplomatic relations with Taiwan. The Chinese news agency cited media reports to state that Jansa sent a letter to EU leaders on September 13 claiming that China’s actions including the ‘expelling’ of Lithuanian envoy will have an impact on overall relations of the bloc with China.

Notably, Slovenia currently holds the rotating presidency of the 27-nation-bloc. Jansa, in the letter, also called on the EU member states to show support to Lithuania and not allow China to “threaten” any one of them. Slovenian PM even said that definite steps will be discussed during the informal dinner of EU leaders slated to take place on October 5. Expressing concerns over the reports stating Jansa’s letter to the bloc, spokesperson for the Chinese Mission to the EU said, “I have taken note of relevant reports and express my great concern.”

The Chinese official quoted the unnamed spokesperson as pointing out that the crux of the entire matter involving Lithuania and China is the European country’s violation of the ‘one-China principle' and ‘provocations’ that undermine China’s sovereignty as well as the territorial integrity. The media outlet quoted the spokesperson as saying, “China's response to Lithuania's wrong actions is justified and legitimate...The whole thing is clear. It has nothing to do with the size of the country.”

Last month, Lithuania even expressed its regret over China’s decision to recall its diplomats. The Baltic nation has also said that it is determined to have mutually beneficial ties with Taiwan. Taiwan’s representative office in Vilnius was announced by the self-ruled democratic island in July. Lithuania and Taiwan do not have any diplomatic ties as of now. The relations between both nations, however, are extremely friendly.

EU should urge its members to correct mistakes: Spokesperson

The Chinese official repeatedly stressed its commitment to the one-China policy while also urging the EU to call on its members to rectify their ‘mistakes and stop sending wrong messages on the issues that concern China’s sovereignty and even territorial integrity. The spokesperson clarified, “China will not threaten anyone, nor will we accept anyone's threat or allow anyone to harm China's core interests at will.”

Over China-Lithuania row, the US has previously showcased support to Vilnius. US Deputy Secretary of State Wendy R Sherman spoke with Lithuanian Foreign Minister Gabrielius Landsbergis on August 13. As per the official statement by the US Department of State, Sherman and Landsbergis discussed China and elevating US-Lithuania relations.

The statement read, “Deputy Secretary Sherman reiterated the United States is resolute in our solidarity with our NATO Ally and EU partner Lithuania, including standing with them in the face of the People’s Republic of China’s recent coercive behaviour in response to Lithuania’s decision to develop mutually beneficial ties with Taiwan.”