China Criticises Report On EU-Taiwan Ties, Calls It Violation Of 'One China' Principle

A new report passed on Wednesday advocates for a stronger relationship between the European Union and Taiwan. Bejing says it violates the 'One China' policy 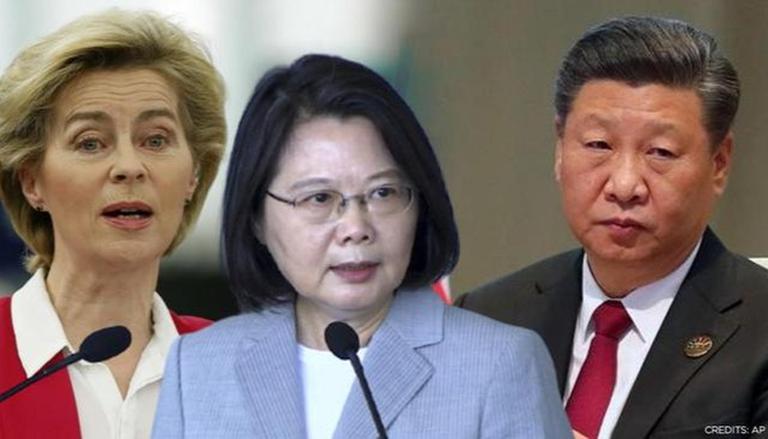 
China opposed the 'EU-Taiwan Political Relations and Cooperation' report, saying that it violates the country’s 'One China Principle.' The report calls for a stronger political relationship between the European Union (EU) and Taiwan.

Criticising the European Parliament's report on the relationship between the EU and Taiwan, Beijing, on Wednesday, called it a strict violation of Chinese policy.

"These moves exceed far beyond the scope of normal nonofficial economic and trade cooperation and cultural exchanges between the EU, its member states, and Taiwan", a spokesperson for the Chinese Mission to the EU said.

The official added that the report seriously violates the One-China principle and undermines the mutual trust and cooperation between China and the European Union. "We express our strong opposition in this regard," he said.

This report released on Wednesday stated that Members of the European Parliament (MEPs) of the Foreign Affairs Committee advocated about the establishment of closer and stronger partnerships between the EU and Taiwan. The report insisted upon the fact that any change to the China-Taiwan cross-strait relations must be neither unilateral nor against the will of the citizens.

Beijing has, on several occasions, stated that Taiwan is an inseparable part of the People's Republic of China.

Since the beginning of this year, relations between China and Taiwan has remained tense with the former conducting military drills along the Taiwan strait on multiple occasions. The Taiwan Strait, a 180-km wide strait that separates the island of Taiwan and continental Asia, is a major point of conflict between Taiwan and China.