China: Floods In Shanxi Province Force Over 120,000 People To Flee Their Homes

Authorities in Shanxi Province, China, on Sunday said that more than 120,000 people had been temporarily evacuated due to flooding caused by heavy downpours. 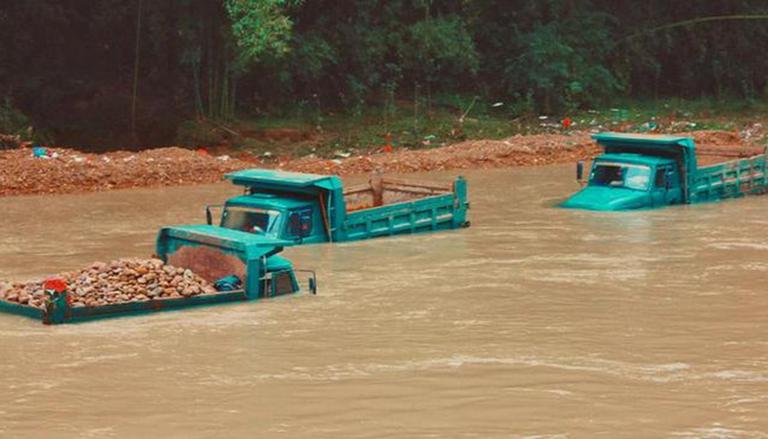 
Authorities in the Shanxi province of north China reported on Sunday that more than 120,000 people had been temporarily evacuated due to flooding caused by heavy downpours. According to the provincial department of emergency management, the floods have affected 1.76 million people in 76 counties, cities, and districts, as per Xinhua. The department also said that 190,000 hectares of crops were devastated and more than 17,000 homes were destroyed.

4,000 tents, 3,200 folding beds, cotton clothing, and quilts have been assigned for disaster aid by various emergency management departments at various levels. Shanxi authorities have set aside 50 million yuan to help with flood control and relief efforts after severe rains wreaked havoc on the coal-rich province, as per the reports of CGTN.

Not just Shanxi, but many other parts of the country received heavy rain. According to Xinhua, the Ministry of Water Resources dispatched seven working groups to the provinces of Shanxi, Henan and Shandong to assist with flood prevention and control measures. The ministry declared on Wednesday that the Yellow River, China's second-longest river, has experienced its third flood of the season as a result of prolonged rainfall.

The volume of water flowing per second at the Tongguan hydrologic station in northwest China's Shaanxi Province surged to 5,090 cubic metres on Tuesday evening after recent severe rains, according to authorities, reported Xinhua. Landslides and flooding warnings were issued by the Ministry of Natural Resources and the China Meteorological Administration throughout the north and west, including the provinces of Shanxi, Sichuan, Shaanxi, and Gansu.

Much of China's central and northern areas have seen exceptionally wet weather this year, with severe rains in July killing at least 292 people in Zhengzhou, a major city in the central province of Henan, including several stuck in the city's subway. Every year, seasonal flooding affects huge areas of China, particularly in the country's central and southern regions. In 1998, China's greatest floods in recent memory killed over 2,000 people and ruined about 3 million dwellings, largely along the Yangtze, the country's most powerful river.