Chinese authorities in Qinghai province are forcing Tibetian nomads to sign an agreement to transfer the proprietorship of their traditional lands. 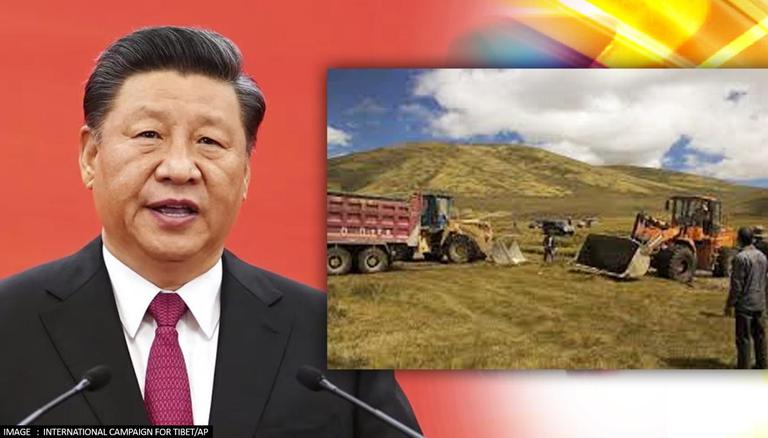 
Chinese authorities in Qinghai province are forcing Tibetian nomads to sign an agreement to transfer the proprietorship of their traditional lands to the government, as reported by RFA’s Tibetian services. Located in the country’s southwest, Qinghai encompasses the high-altitude Tibetan Plateau, which is home to hundreds of thousands of Tibetan nomads. While Beijing had allowed the tribals to reside on the sliver of land for more than 50 years, it is now reclaiming these lands by revoking permits.

It is pertinent to note that Bejing has long been using different methods to end Tibet’s autonomy. In its latest measure, it communist administration has restricted the tribal nomads from accessing their traditional grazing lands. According to a report by Radio Free Asia, Chinese officials have revoked usage permission in the nomadic region of Trindu county in Kyegudo and have confiscated lands from several Tibetian tribesmen.

Tibetans have staunchly opposed the Chinese move labeling it as a ploy to exploit Tibet’s natural resources. Speaking to RFA, a local opined that the main purpose behind the seizure of lands is to coerce Tibetians to relocate to cities. Notably, in August, a Tibetian community leader and his nephew tried to foil the move by advising residents against signing off their lands to the Chinese. However, they were both detained by the Chinese law enforcers.

Beijing annexed Tibet in 1951 and since then claims it to be a part of its territory. Eight years later, Tibetans and Chinese soldiers clashed violently. Following a failed revolt against Chinese sovereignty, the 14th Dalai Lama escaped to India. Tensin Gyatso was the most prominent Buddhist leader, also called the Dalai Lama, who fled China and set up the government-in-exile in Dharamshala, India. The oppression continued for over eight years until the Tibetans, aiming to overthrow the Chinese, initiated a full-swing civil uprising.

In 1960, the 14th Dalai Lama, with the help of more than 100,000 Tibetans, established the Tibetan Government-in-exile, headquartered in Dharmshala, Himachal Pradesh. At present, more than 10,000 Tibetans are living across Dharamshala while roughly 1,60,000 from the community live in exile across the world.

WE RECOMMEND
China: 1 killed, 33 injured in gas explosion at Shenyang city in Liaoning Province
China authorities offer up to $23,000 for capture of escaped North Korean prisoner
China claims US 'hyping' threat theory in pursuit of absolute power
Top US diplomat accuses China of not 'playing by rules' in LAC row against India
US envoy accuses China of 'stonewalling' world on COVID origins since Jan 2020