Following Taliban takeover, China is seeking to strike a common position with Afghan’s key neighbour Iran to firm up its growing role in the war-torn nation. 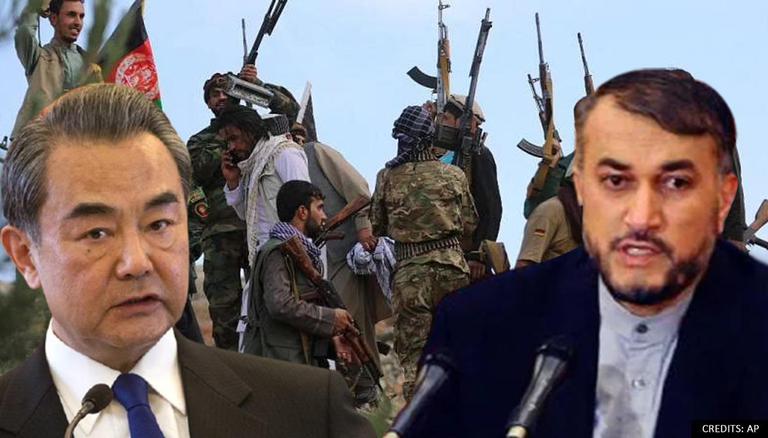 
Following the Taliban’s violent takeover of Kabul, China seeks to strike a common position with Afghanistan’s key neighbour Iran to firm up its growing role in the war-torn nation. Beijing is already coordinating its evolving policy on Afghanistan with its ally Pakistan and Russia. Now, it is awaiting the formation of government by the Taliban to decide on recognising it amidst firm indications by the US and other western countries that they will not be in a hurry to endorse the new government.

According to PTI, on September 4, Chinese Foreign Minister Wang Yi held a telephonic conversation with his Iranian counterpart Hossein Amir-Abdollahian. In his talks, Wang said that China has noted that the insurgent group might announce the formation of a new government in the coming days. He hoped that the new government would be open and inclusive, make a clean break with the militants and establish and develop good relations with other nations, especially neighbouring countries.

Wang said, “As common neighbours of Afghanistan, China and Iran need to strengthen communication and coordination to play a constructive role in achieving a smooth transition and peaceful reconstruction of Afghanistan”.

Further, the Chinese Foreign Minister lashed out at the US. He said that the claim of the United States that the withdrawal from Afghanistan allows it to shift its focus to China and Russia serves as an excuse for its own failure and reveals the nature of its pushing for power politics in the world. He warned that if the US cannot learn due lessons, it is bound to make mistakes more severe than those in Afghanistan.

Amir-Abdollahian, on the other hand, said that the root cause of the chaos in the war-torn nation is the “irresponsibility of the US”. He said that Iran also holds that Afghanistan should establish an inclusive government reflecting the interests of all ethnic groups in the country. He even called on the international community to spare no effort to provide humanitarian assistance to Afghanistan and prevent any turmoil in the nation from triggering a wave of refugees.

READ | 'Afghanistan army collapsed at a much faster rate, it was unexpected,' says Top US General

He added, “Iran is ready to strengthen coordination with China to help Afghanistan get out of difficulties at an early date”.

Meanwhile, Iran's President has called for elections in Afghanistan to determine the country's future, where he hopes peace will return after Western troops have left and the Taliban have seized control. Speaking on state TV on Saturday, Ebrahim Raisi said that the Afghan people should vote to determine their own government as soon as possible. "A government should be established there which is elected by the votes and the will of the people," he said.