Chinese military and intelligence assessments on ground have encouraged Bejing to prepare to formalize their relationship with the Taliban, as per sources. 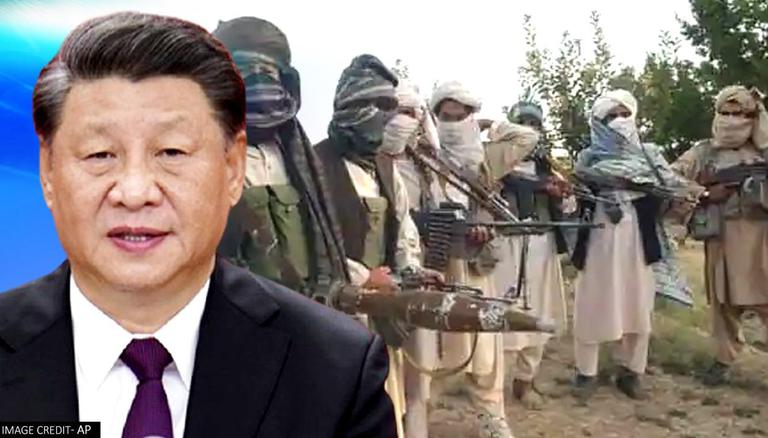 
With the fall of Kandahar mounting serious pressure on the Afghanistan government, sources have learned that China is ready to accept the Taliban as a 'legitimate ruler' of the country if it succeeds in toppling its capital Kabul. According to a report in U.S News, with the Taliban overrunning 10 major provincial capitals in the war-torn nation, including key territory near China's border, the communist country now hopes to make significant strides in Afghanistan to expand its regional infrastructure projects. Keeping its investment interests in mind, Chinese military and intelligence assessments on ground have encouraged Bejing to prepare to formalize their relationship with the Taliban, if Kabul was to fall, as per U.S. and foreign intelligence sources.

Why China is looking to make advances in Afghanistan

With the withdrawal of the US troops, experts had raised alarm on China's growing footprint in the mineral-rich region against the backdrop of the Afghanistan crisis. In an interview with state-run South China Morning Post, Taliban spokesperson Suhail Shaheen had invited the Communist country to invest in reconstruction work in Afghanistan. Here, he had called China 'a welcome friend' and had said that Taliban has 'good relations' with the Chinese.

The bonhomie between China and the Taliban once again gained limelight after Chinese State Councilor and Foreign Minister Wang Yi held a high-profile official meeting with a delegation of nine Afghan Taliban representatives in July. The meeting included Taliban's co-founder and deputy leader Mullah Abdul Ghani Baradar. It concluded with China publically recognizing Taliban as a "pivotal military and political force" in Afghanistan.

Days later, in an opinion piece, China's state-run media Global Times stated that making an enemy of the Taliban is not in the interest of China. Global Times' Editor-in-chief Hu Xijin said, "China should not easily reject the goodwill from the Taliban, which is of great significance to our exerting influence in Afghanistan and maintaining stability in Xinjiang."

However, China's attempts to cozy up with the Taliban are far from recent. In 2015, China hosted secret talks between representatives of the Taliban and the Afghan government in Urumqi. This was followed by a visit of the Taliban delegation to Bejing in 2016. After talks fell between the Taliban and the US in Doha in 2019, China once again attempted to play the mediator and invited Taliban's head of political office Bardar to attend an Afghan conference in Bejing.

It is important to mention that like its other Asian neighbors- such as Pakistan and Sri Lanka, China is also looking to invest big in mineral-rich Afghanistan which harbors billions of dollars worth of unexploited reserves. Notably, the China National Petroleum Corporation (CNPC) had consolidated a 25-year contract to drill three oil fields in the region in 2011. Apart from business, the region also holds significant geopolitical importance and offers a direct portal to the Arabian Sea and possible access to Iran and the Middle East. It also offers China, a route to the Indian Ocean and Africa.