In major developments under the "sinicization" movement, China has expedited the removal of Islamic-style structures from mosques and other religious centres. 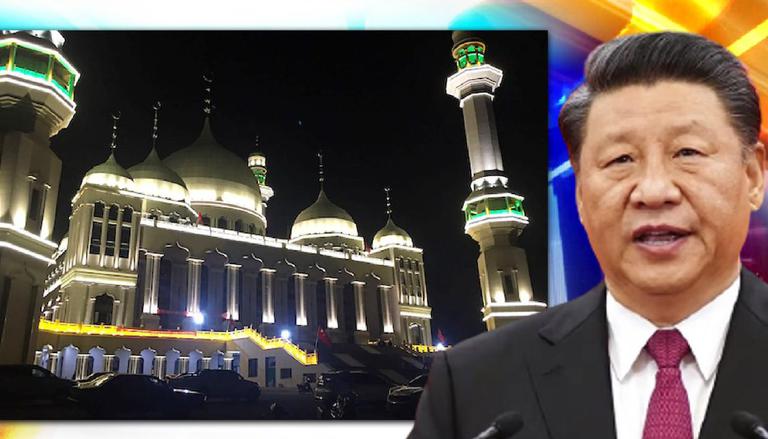 
In major developments under the "sinicization" movement, China has expedited the removal of Islamic-style structures from mosques. In September, Beijing remodelled the Dongguan Mosque in the northwestern city of Xining with Buddist symbols and replaced the green domes and minarets on the roof with a regular flat roof. "The government says they want us to 'sinify' our mosques, so they look more like Beijing's Tiananmen Square," Ali, a local fruit vendor told NPR news.

This is not the first time Beijing has made moves to make a religious centre look "more Chinese". In October 2020, images of the Nahyan Mosque in Yinchuan in the capital city of Ningxia province in China surfaced on the internet. The pictures shared by the UK Deputy head of mission to China, Christina Scott, showed a stark contrast between the reality and the pictures she had in her four-year-old guidebook. The Chinese authorities lopped off the golden minarets and domes along with the colour and decorations in the name of "renovations," Scott mentioned in a Tweet.

My (4 yr old) guide book getting out of date. Go to the Dongguan Great Mosque, it advises. So I do. Closed for renovations (which seem to have included removing the dome and minarets - photo from street-side of building in book) pic.twitter.com/tSKki0ZW9M

Meanwhile, down the road scaffolding going up fast on the Nanguan Mosque. Crescents removed. Maybe they’re giving the dome a clean? pic.twitter.com/Ax2lK0uzZk

The changes in the mosques and overall Muslim demographic are a part of the forced "sinicization of religion" by the Chinese Communist Party (CCP) led by President Xi Jinping. Several Chinese Muslim majority provinces have witnessed the new appointment of imams besides the reconstruction of mosques. As per Bitter Winter magazine, Beijing appointed a new Imam for the Dongguan Mosque in August 2018. The new Imam, Ma Yuexiang's preachings, as told by locals, were mostly "inconsistent" with the Holy Quran. The Islamic prayer hall, which is currently under CCP's control, saw a steep decline in worshippers since then.

Meanwhile, Beijing has often claimed that Arabic infrastructures were a symbol of foreign influence on traditional Chinese. Taking down the architecture is a push to sinicize historically ethnic groups to "make them more Chinese," NPR reported. The move, adopted years ago, is a result of ‘Islamophobia’ widely prevalent among the communist government. It has also sparked a debate among scholars, ethnic policy regulators and historically Muslim Chinese about what exactly must be considered appropriately "Chinese." According to Newslines magazine reports, some policies were also aimed to obliterate Islamic practices from daily life. Meanwhile, Beijing has continued to launch violent crackdowns and detention of Uyghur Muslims, a Turkic-speaking community based in the Xinjiang province.