The Chinese official said, Taiwan was & will again be a unified part of China, and any attempt to seek independence by Taiwan or reject unification will fail 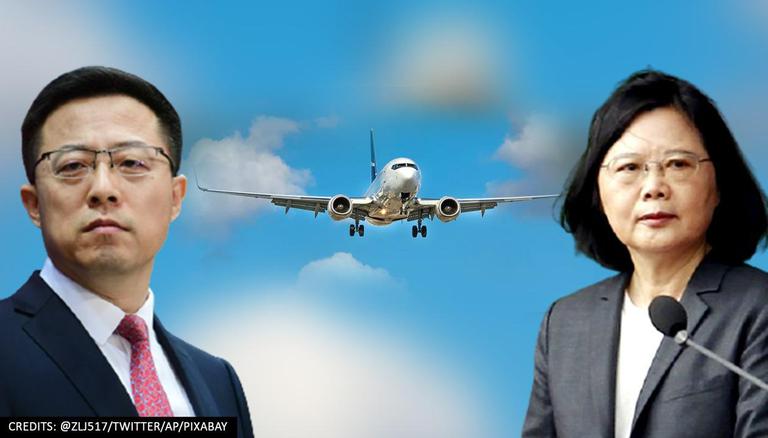 
The ongoing tension between Taiwan and China has escalated as the Spokesperson of the Ministry of Foreign Affairs, China Lijian Zhao in a bewildering statement Thursday, threatened Taiwanese authorities of seeking Independence. He asserted that Taiwan was and will again be a unified part of China, and any attempt to seek independence by Taiwan or reject unification will fail miserably.

The statement comes in as the Chinese armed forces, PLA continues to intrude in Taiwanese Airspace with heavy military aircraft flying over Taiwan for over nine consecutive days.

Asserting its dominance over Taipei, Lijian Zhao intimidated Taiwan and wrote, “Taiwan is part of China. China must and will be reunified. This historical trend cannot be stopped by any force. We warn the Taiwan authorities that any attempt to seek independence and reject unification is doomed to fail.”

Taiwan is part of China. China must and will be reunified. This historical trend cannot be stopped by any force. We warn the Taiwan authorities that any attempt to seek independence and reject unification is doomed to fail. pic.twitter.com/qiOzHiCUa3

However, on the other hand, the Taiwan government under President Tsai Wang Ing has been adamant that they will never accept China’s dominance and are not ready to budge to the Chinese threats. Amid the ongoing circumstances, the Taiwanese President has been constantly beefing up the morale of the armed forces and is checking the country’s preparedness for any unforeseen circumstances in the future.

Tsai Wang Ing on Wednesday visited the Air Force Unit of the country to inspect Taiwan's air force arsenal amid China’s continued intrusion in the country's airspace. The Taiwanese President has been preparing the armed forces in the nation to combat any intrusion made by the Chinese PLA. In a statement on Sept 10, President Tsai said that the government is leaving no stone unturned in bolstering Taiwan's self-defence and it's evidenced by last month's establishment of a mobility squadron aimed at strengthening the country's asymmetrical warfare capabilities as well as the Han Kuang military exercise, scheduled for coming weeks.

This morning, I visited Air Force units in my home county of Pingtung as they began day 3 of #Taiwan’s Han Kuang military exercises. It was an honour to witness their rigorous training & dedication to protecting our nation’s airspace. pic.twitter.com/QkHk7KF1Yg

Earlier, she had also inspected a production centre of the country's Armaments Bureau, Air Force, Air Defence and Missile Command and Navy Fleet Command in central Taiwan's Taichung City on Sept 10. President Tsai has also assured her government’s commitment to providing members of the military with the latest equipment and dignified accommodation befitting their crucial duties.

In an attempt to alter the status quo in the Indo-Pacific region, the Chinese air force has flown a military aircraft into Taiwan’s airspace on Saturday, violating Taiwan’s border. The Ministry of Taiwan on Thursday informed that three Chinese PLA  aircraft were spotted in Taiwan's ADIZ, amid the continued intrusion.

The Sept 11 was the ninth day in a row when China had flown over Taiwan’s air defence zone, to intimidate the small nation. Earlier, the Taiwanese defence ministry had informed that 19 Chinese jets entered the Taiwan air defence zone on 5 September including one Y-8 anti-submarine aircraft, four H-6, 10 J-16 and four Su Kai-30 aircraft.

China has been consistent in practising bullying tactics among its neighbours and has always threatened Taiwan that it cannot function as an individual nation and claims full sovereignty over the island nation.