China passed a controversial and border law on October 23 that would take effect on January 1, 2022, in an effort to improve border control and protection 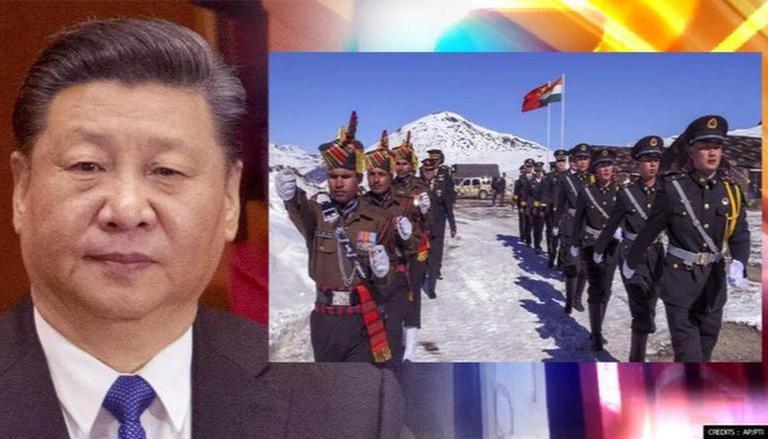 
China passed a controversial land border law on October 23 that would take effect on January 1, 2022, in an effort to improve border control and protection. The new law was passed amid heightened tensions between China and its neighbours over border disputes, similar to the coast guard law and marine traffic safety law enacted earlier this year. Since May 2020, China has been involved in a protracted land conflict with India along their disputed border.

While the new rule has sparked discussion about whether it will be used to legitimise a more assertive Chinese posture, it obviously extends beyond that conflict and speaks to a slew of issues as Beijing tries to safeguard its land border in the face of increased regional uncertainty.

What is China's Land Boundary Law

The law for the protection and utilisation of China's land border territories was passed by the Standing Committee of the National People's Congress. It declares that the People's Republic of China's sovereignty and territorial integrity are sacred and untouchable. The law also requires the state to take steps to strengthen border defence and support economic and social development in border areas, as well as to improve public services and infrastructure, encourage and support people's lives and work, and promote coordination between border defence and social and economic development.

The new law will go into force on January 1, 2022. Beijing appears to be emphasising its determination to resolve border conflicts on its own terms by enacting this new law. The law declares that China will resolutely protect territorial sovereignty and land border security while continuing to seek a peaceful resolution to issues through discussions.

The law specifies that the People's Liberation Army (PLA) and the paramilitary People's Armed Police (PAP), both under the command of the Central Military Commission, will bear the major responsibility for safeguarding the land border, resisting armed invasion, and responding to major contingencies, thereby streamlining the division of labour among various bureaucracies including the foreign ministry, the public security ministry, and the customs and immigration administrations.

It allows police officers to use police tools and firearms against intruders who use violence to resist imprisonment and endanger other people's lives and property. It also allows agencies to work with neighbouring countries to confront terrorism, separatism, and religious extremism.

Local governments in border areas must now contribute resources to strengthen the formation of mass defence units to support border defence tasks, according to a newly inserted condition. According to Chinese security analysts, the concept of "mass defence" for borders refers to enlisting local inhabitants to help with missions such as data collecting, order maintenance, sovereignty, and territory defence.

The law lays forth four scenarios that could result in border closures, port closures, or other emergency measures:

Experts believe that the new rule is geared at boosting the PLA's role in pushing China's 1959 LAC by allowing additional powers for border defence administration as China improves border infrastructure and builds villages along the border. Furthermore, a 3,488-kilometer land border between India and China is still disputed.

The front-line forces of the two countries have been withdrawn from the north and south banks of Pangong Lake, as well as from Gogra, but they have been unable to withdraw troops from other places of friction. On October 10, the 13th round of discussions between India's and China's senior military leaders came to the end. The Chinese side did not agree with the Indian side's ideas for ending the military impasse between the two nations.

Furthermore, China has demonstrated no desire to de-escalate the border situation. The Indian side hopes that China will cooperate with it to find a satisfactory solution to the current challenges so that bilateral relations can advance.