In an editorial published in China's State-run outlet on May 8, its editor-in-chief Hu Xijin said that the country should retaliate with 'long-range strikes'. 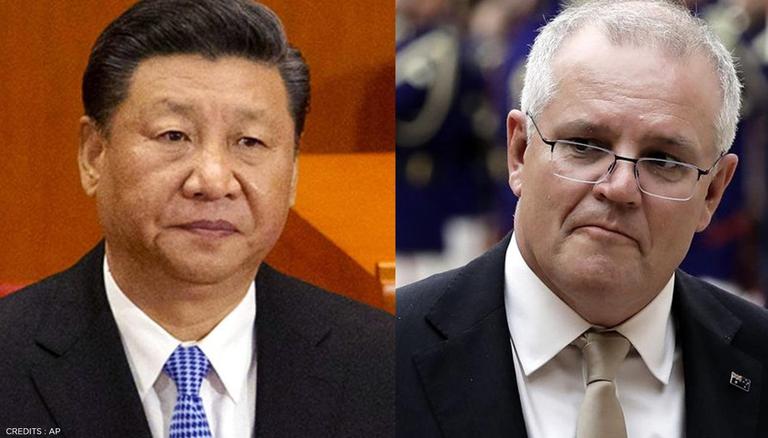 In an editorial published in State-run outlet the Global Times on May 8, its editor-in-chief Hu Xijin said that the country should retaliate with 'long-range strikes' if Australia "interferes in the cross-Straits situation". Blaming 'Australian hawks" of hinting that 'Australia will assist the US military and participate in war", the editorial further suggests that "China should also reveal this plan through non-official channels." The article titles China needs to make a plan to deter extreme forces of Australia was published amid rising tensions between the two countries.

"I suggest China make a plan to impose retaliatory punishment against Australia once it militarily interferes in the cross-Straits situation. The plan should include long-range strikes on the military facilities and relevant key facilities on Australian soil if it really sends its troops to China's offshore areas and combats against the PLA," the editorial reads.

"In addition to making the plan, China should also reveal this plan through non-official channels to deter the extreme forces of Australia and prevent them from taking the risk and committing irresponsible actions."

He went on to say that "China loves peace" but also threatened "disasters" against Australia. "China has a strong production capability, including producing additional long-range missiles with conventional warheads that target military objectives in Australia when the situation becomes highly tense," the article read.

Earlier, Australia's home affairs secretary Mike Pezzullo said the "drums of war" were beating. Pezzullo sent a message to staffers where he did not specifically mention China but said "the drums of war beat - sometimes faintly and distantly, and at other times more loudly and ever closer".  Last month, Defence Minister Peter Dutton warned potential conflict between Australia and China over Taiwan "should not be discounted".

Last week, Australian Prime Minister Scott Morrison had said that Australia will maintain its Taiwan policy. Morrison said his government had “always honoured all of our arrangements in the Indo-Pacific” when asked about his support for Taiwan. “We always have stood for freedom in our part of the world,” he reportedly said.

The remarks came after Taiwanese Foreign Minister Joseph Wu said that China seemed to be “preparing for a final assault against Taiwan.” Further he urged Australia to step up its relations with the island and continue its support amid threats from Beijing.