Shanxi region in Northern China has been hit hard by heavy rains and flooding, affecting more than 1.76 million people and displacing over 1 lakh people so far. 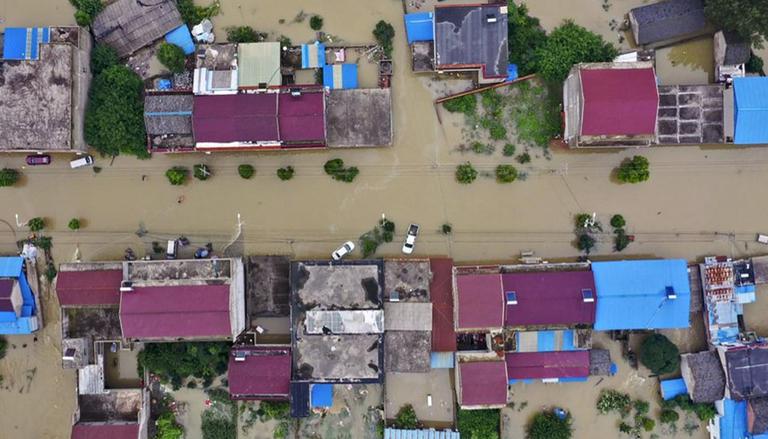 
Shanxi region in North China has been hit hard by heavy rains and flooding, affecting more than 1.76 million people as of Sunday. According to Chinese official media, 1,20,100 people have been displaced, and 189,973 hectares of crops have been destroyed.
As per the reports of Xinhua, more than 17,000 homes have collapsed.

In the last few days, the province has received an average of 185.6 mm of rain. In comparison, from 1981 to 2010, the average monthly precipitation in Taiyuan in October was roughly 25 mm. In previous years, cities such as Linfen, Luliang and Xinzhou had average precipitation of less than 50 mm in October. The number of those killed has not been revealed. Four traffic police officers lost their lives in a landslide in Shanxi province on Tuesday, according to reports.

Flooding in Shanxi may have been more extensive than the terrible rainstorms that hit Central China's Henan Province this summer, killing more than 300 people as of early August, but the impact has been less so far, according to disaster relief experts. Strong precipitation, accumulated rainfall, its extended and often heavy duration of thunder and lightning hindered rescue attempts in Shanxi, according to the China Meteorological Administration.

Apparently, rescuers in Taiyuan used megaphones to instruct trapped people. According to BBC, the instructions were that children should be held over people's heads, and the elderly and ladies should be allowed to walk ashore first during the rescue. Shanxi is a significant coal-producing province in China, and the rain led the Chinese government to shut down mines and chemical plants.

China is already experiencing energy shortages, which have resulted in power outages. The government has imposed restrictions on the use of power at ports and factories. According to BBC, the provincial government announced that production at 60 coal mines, 372 non-coal mines and 14 risky chemical plants had been halted. On October 4th, operations at 27 other coal mines were halted. Shanxi is also home to a handful of ancient structures that are in grave danger due to the heavy rains.