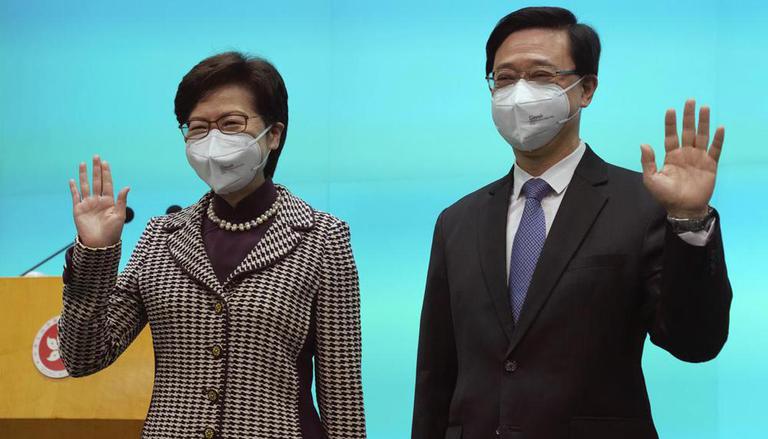 
Hong Kong’s incoming leader John Lee is set to travel to Beijing on Saturday (local time) to accept the letter that officially approved his appointment as the semi-autonomous city’s next chief executive and replace Carry Lam. A government statement had previously confirmed that Lee would be going to Beijing with his private secretary, press secretary and his wife. Lee would return to Hong Kong on Tuesday.

City’s local media including the South China Morning Post has reported that the incoming Hong Kong leader is expected to meet with Chinese President Xi Jinping during the trip and will also present the lineup for his cabinet for approval.

It is to note here that the upcoming meetings, would be the first when Lee would meet China’s top officials since he bagged victory in the uncontested leadership election on May 8 with 99.2% of all votes from an election committee which is notably, made up of pro-Beijing members. Last week, Chinese Premier Li Keqiang formally approved the appointment of Lee, signing the approval document during a State Council meeting.

Each chief executive-elect typically received their letter of appointment in person and meets other top officials and the Chinese presidents. A similar trip like this was made by Carrie Lam, the city’s current leader, in 2017 after winning the election.

Lee to assume office on July 1

The 64-year-old Lee is scheduled to assume his office on July 1, taking over from Lam. The event would also coincide with the 25th anniversary of Hong Kong’s transfer from British to Beijing under the “one country, two systems” set up to protect the freedom of those in the city. Lee has been the head of security when he monitored the crackdown which saw officers repeatedly violating internal rules on the use of force.

Hong Kong Chief Executive, like John Lee, is selected by a handpicked panel of around 1,500 members of the political and business elite known as the election committee. Only one candidate was approved by Beijing for this year’s election. While stepping down after a single five-year term as the city’s leader, Lam said, “I want to thank the central government again for taking resolute measures when Hong Kong faced unprecedented challenges”.

“It formulated the National Security Law, which helped Hong Kong transform from chaos to order, and also improved Hong Kong’s electoral system so that we can achieve long-term peace and stability,” Lam said.