Seafood Vendor At Wuhan Wet Market In China Could Have Been First COVID Case, Study Claims

The first confirmed COVID-19 case might be a female seafood vendor at a wholesale market in China's Wuhan and not the accounted who lived far away, a study said 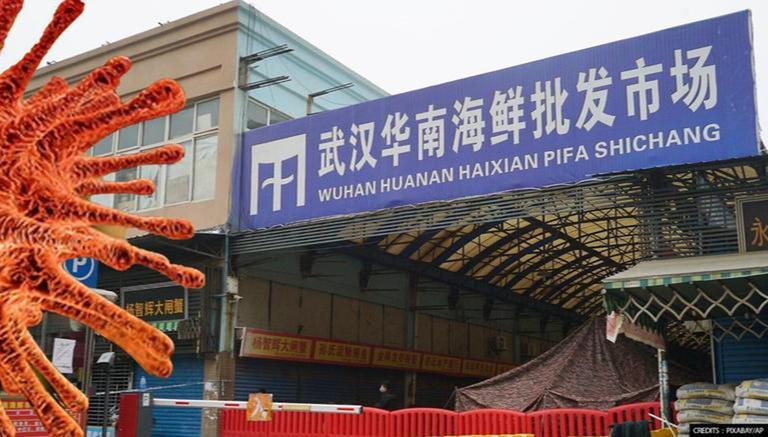 
According to a new study published in the journal Science, the first confirmed COVID-19 case might be a female seafood vendor at a wholesale market in China's Wuhan and not the accountant who lived far away. She has reportedly become symptomatic on December 11, 2019. The accountant reported his illness on December 8, however, he said in an interview that it was due to a dental problem and the COVID-related illness started on December 16.

This study, and China's rampant deflections, come at a time when there remain big questions over the true nature and origin of COVID-19. Numerous studies, including by Republic World, have demonstrated how there was gain of function research on Coronaviruses going on at the Wuhan Institute of Virology, in a lab run by Coronavirus expert Shi Zhengli whose group was the one that isolated the virus behind the first SARS outbreak. The WHO probe team that aimed to unravel the origins of COVID did visit Wuhan and spoke to Shi Zhengli but their report has been widely panned, and calls have been made for an open probe to be held. China, however, hasn't budged.

Michael Worobey, head of ecology and evolutionary biology at the University of Arizona, said, "His symptom onset came after multiple cases in workers at Huanan Market, making seafood vendor there the earliest known case, with illness onset December 11."

The study states that the accountant was infected through community transmission after COVID-19 started spreading from Huanan Market. "He believed that he may have been infected in a hospital (presumably during his dental emergency) or on the subway during his community," Worobey said adding that the person had also travelled north of Huanan Market before the onset of symptoms.

READ | Is Xi Jinping 'President For Life?' Why 2022 is Make-or-Break for China's leader

Worobey argued that the vendor's ties to the Huanan Seafood market and also the new analysis of the earliest hospitalized patients' connections to the market, strongly suggests that the pandemic started there.

"Nevertheless, that most early symptomatic cases were linked to Huanan Market—specifically to the western section where raccoon dogs were caged provides strong evidence of a live-animal market origin of the pandemic," he said.

XI Jinping administration has resorted to all sorts of propaganda to shift the blame of COVID-19 using conspiracy theories. The latest of such theories blamed lobsters from the US as the origin of COVID-19. According to Chinese media, people fell ill after a shipment of frozen Maine lobster arrived in Wuhan.

The Sina news portal claimed that a shipment containing 44 boxes of lobsters that reached China on November 11, 2019, might be responsible for the spread of COVID-19. It also blamed The Seashell Company responsible for the virus. In November 2020, Beijing had claimed Covid-19 was found on shrimps from Saudi Arabia. It had also blamed Brazilian beef for the spread of SARS-CoV-2.