Taiwanese defense officials said on Tuesday that they had detected multiple Chinese warplanes and vessels in their air zone and had alerted the military. 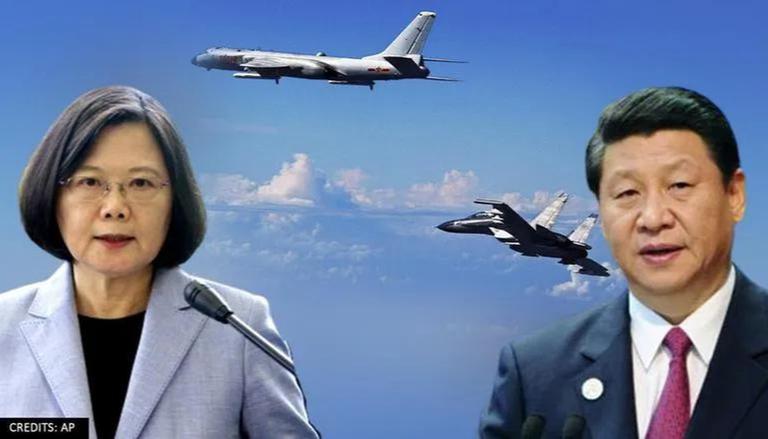 
Taiwanese defense officials on Tuesday detected multiple Chinese warplanes and vessels in their air zone and alerted the military to “respond to these activities.” “29 PLA aircraft and 3 PLAN vessels around Taiwan were detected by 6 a.m.(UTC+8) today. R.O.C. Armed Forces have monitored the situation and tasked CAP aircraft, Navy vessels, and land-based missile systems to respond these activities,” Taiwan's Ministry of National Defense said in a tweet.

Through an illustration, the ministry also added that “21 of the detected aircraft  (Y-8 RECCE, Y-8 ASW, J-11 and H-6*18) had entered Taiwan’s southwest ADIZ, flight paths.” This comes just a day after the defence officials of Taiwan revealed that they had monitored Chinese military planes and ships near the country’s territories.

According to Taiwanese foreign minister Joseph Wu, the military threat posed by China is “getting more serious than ever” and the government speculates that Beijing is trying to find a “pretext for practising their future attack.” “And we are quite sure that the Chinese may want to use another pretext of practising their future attacks against Taiwan. So this is a military threat against Taiwan,” Wu told The Guardian.

The minister also claimed that Chinese President Xi Jinping securing a third term could severely impact cross-strait communications and lower it even further now. “He is the paramount leader and there’s no one else challenging him right now,” the foreign minister said.

He also commented on China staging live-fire drills near Taiwan during US House of Representatives Speaker Nancy Pelosi’s visit to the island nation. “If China can do that to Speaker Pelosi’s visit to Taiwan, I think that is going to cause concern in other countries [about] whether their support for Taiwan is going to actually damage Taiwan’s national interest rather than providing real support to Taiwan,” Wu said.