Czech Republic Will Not Recognise The Taliban 'under Any Circumstances', Says FM Kulhanek

The Czech Republic said that the nation would not recognise the Taliban “under any circumstances,” but would still main some contacts with the insurgents. 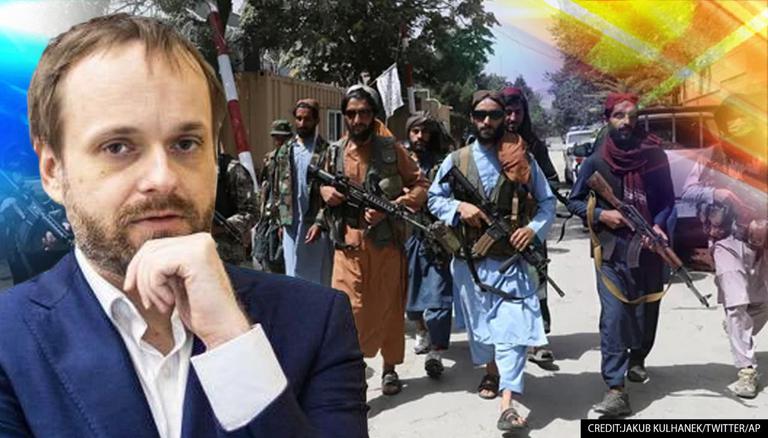 
The Czech Republic on Sunday, 12 September said that the nation would not recognise the Taliban “under any circumstances,” but would still maintain some contacts with the insurgents. Before leaving for the UAE and Saudi Arabia, Czech Republic’s Foreign Minister Jakub Kulhanek told the media that he is not happy about the situation in Afghanistan but will still accept the reality. He went on to stress the importance of a common EU approach toward the militants and said that the Czech Republic definitely doesn’t want illegal migrants from Afghanistan coming to Europe.

“We find ourselves in a situation where the Taliban are the new masters of Afghanistan. I am not happy about this, but we will have to accept the reality as it is. Speaking on behalf of the Czech Republic, I can say that we will not recognise the Taliban under any circumstance,” Kulhanek said, adding that it will still be necessary to maintain some contacts with the movement.

He further said, “In particular, we are ready to participate in tackling the issues of migration in the region because we definitely do not want illegal migrants from Afghanistan coming to Europe”.

EU in 'no rush' to recognise the Taliban

The situation in Afghanistan has been dominating the international agenda, with key global and regional powers trying to find ways to ensure stability and security in the war-ravaged Central Asian nation. Kulhanek's comments come after the European Commission's managing director for Asia and the Pacific, Gunnar Wiegand, said that the EU is neither in hurry to recognise the Taliban nor to establishing official relations with the group. Wiegand said that the European Union needs to communicate, influence and make use of the leverages with the Taliban.

However, he added, "We will not rush into recognising this new formation nor to establishing official relations."

Meanwhile, last week, the Taliban announced an all-male interim "Islamic Emirate", naming some hardliners as part of Afghanistan's new administration. On 11 September, when the world marked the 20th anniversary of the deadly 9/11 attacks, the Taliban flag even waved over the Afghan presidential palace. According to AP, the Taliban flag was raised Friday and could be seen waving over the presidential palace in Kabul on Saturday. The insurgents also painted their white backdrop flag on the wall of the US Embassy building.