On January 1, Finnish President Sauli Niinisto said Europe should not just listen to Russia and NATO discuss a new security architecture for Europe. 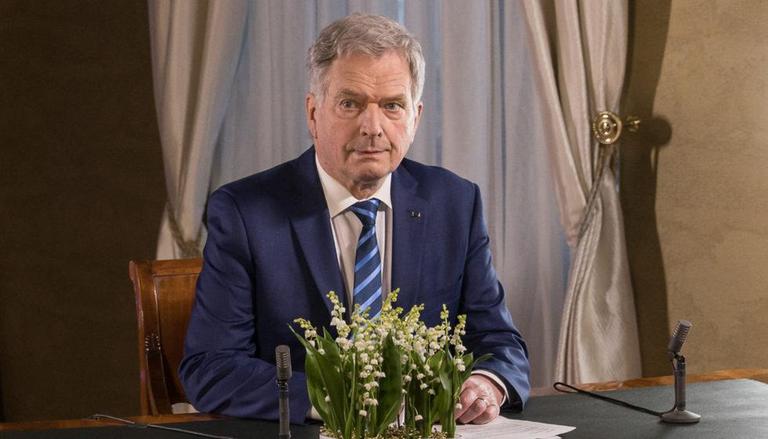 
On January 1, Finnish President Sauli Niinisto said Europe should not just listen to Russia and NATO discuss a new security architecture for Europe, which he claimed was 'incompatible' with the current system. In his New Year's message, he claimed that Russia's December proposals to the US and NATO to ensure that the alliance did not expand eastward or station mid-range nuclear weapons on Finland's border were "in conflict with the European security order" and posed a threat to Finland's sovereignty.

Despite the fact that Finland is not a member of NATO, it has been one of its most active allies. Last month, Russian President Vladimir Putin demanded assurances from Finland that it will not join NATO. In a statement issued by the Kremlin, President Putin stated that Russia seeks international legal security guarantees that rule out further NATO expansion eastward.

President Niinistö replied in his New Year's message, "Finland’s room to manoeuvre and freedom of choice also include the possibility of military alignment and of applying for Nato membership, should we ourselves so decide."

On Thursday, US President Joe Biden spoke with Russian President Vladimir Putin for the second time in a month on NATO tensions, vowing a tough response, including unprecedented sanctions, if Russia invaded Ukraine. Russia has stationed 100,000 troops near the Ukrainian border, threatening to invade if NATO does not give guarantees that it will not expand.

In less than two weeks, senior US and Russian officials will meet in Geneva to try to find a mechanism to de-escalate tensions. Moscow is asking that the alliance remove offensive equipment from nations bordering Russia, in addition to written security guarantees that Ukraine and other former Soviet countries will be excluded from any NATO expansion. The demands of Russia, according to the US and NATO partners, are unworkable.

'EU must not settle merely with...'

“In this situation Europe cannot just listen in. The sovereignty of several member states, also Sweden and Finland, has been challenged from outside the Union. This makes the EU an involved party. The EU must not settle merely with the role of a technical coordinator of sanctions,” President Niinistö said.

His remarks came as German Chancellor Olaf Scholz was chastised for taking a more conciliatory tone toward Russia in his New Year's message. One of Ukraine's soldiers was killed in battle with pro-Moscow rebels on Saturday, just a day before President Volodymyr Zelensky was scheduled to meet with Vice President Joe Biden. Meanwhile, Russia has pledged to take all necessary measures to protect its interests.

WE RECOMMEND
Situation with NATO crawling into Ukraine, then towards Russia 'dangerous': Russian envoy
Timeline of US-Russia tensions as Biden-Putin talk amid speculations of Ukraine invasion
Russia to hold security talks with US, NATO officials in January 2022
Russia FM Sergey Lavrov says Taliban should keep their promises to get recognition
Russia to respond 'militarily' in response to NATO's deployment of weaponry in Europe