The relocation of all migrants to the new Greek migrant camp worth €43 million was supposed to start on Monday and complete by Wednesday. 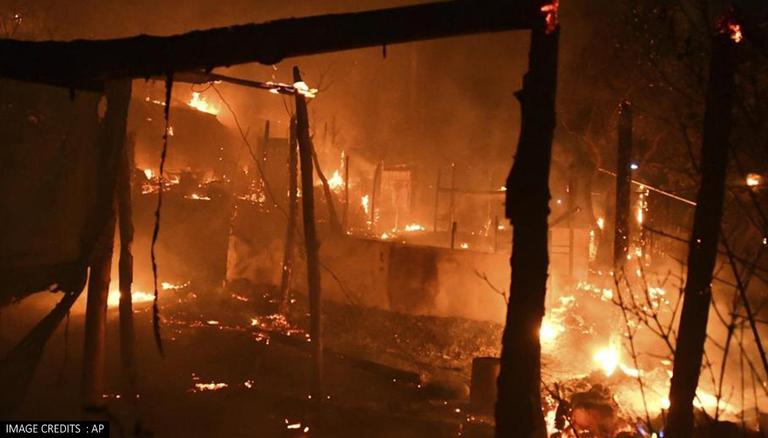 
A severe fire broke on late 19 September, Sunday, in the migrant camp on the Greek island of Samos which will be shut down very soon. This incident has forced the prompt evacuation of the refugees. As per Associated Press, there were no serious injuries or damage recorded from the magnitude of the fire. The camp authorities clarified that the fire erupted in several deserted buildings inside the camp. Around 550 refugees were relocated to an empty field nearby the camp's entryway.

AP also reported that nearly, ten unaccompanied children were expected to be transferred to a new facility for migrants in Greece on the island overnight. The relocation of all migrants to the new facility which is worth €43 million that is 50 million USD, was supposed to start on Monday and complete by Wednesday. Migration and Asylum Minister Notis Mitarakis acknowledged during the launching of the new camp on Saturday that the current camp formerly held up to 7,500 refugees who were in deplorable conditions.

On the island of Samos, near Turkey, Greece opened the new migrant camp for migrants and refugees on Saturday. The centre will be the first of five proposed new shelters to enhance the living circumstances of refugees and immigrants, who have already complained about congestion and filthy living conditions of the earlier camp. The migrants believe that the new camp resembles a jail since it has a barbed-wire fence, security cameras, x-ray scans, and magnetised doors.

According to DW News, there are additional sports and gaming spaces, as well as communal kitchens, baths, and toilets within the facility. People are permitted to leave the camp every day between 8 a.m. and 8 p.m, excluding those whose asylum applications have been rejected. Notis Mitarachi described that they have constructed a sophisticated and restricted access centre that will restore the integrity of those seeking international protection.

Mitarachi also added that it would hold up to 3,000 people, with roughly a third of them living in 240 tiny homes and the remainder in huge halls. However, 45 non-governmental organisations and civil society organisations asked the EU and the Greek government to withdraw the measures to limit people's movement within the centres.

Another Fire at Greek migrant camp

Earlier this month, as per BBC, Greece's largest migrant shelter which is utterly overcrowded on the island of Lesbos, was devastated by fires, putting over 13,000 people homeless. To put down the fire, nearly 20 firefighters fought the severe fire of the Moria migrant shelter. To stop migrants from entering surrounding towns, police closed highways leading to the camp.