The French government has banned plastic packaging on many fruits and vegetables. The decision came into effect in the country on New Year's Day. 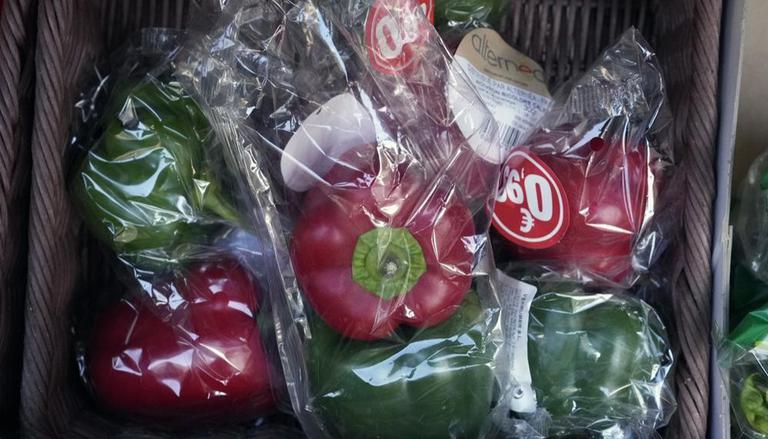 
A ban on plastic packaging on a large number of fruits and vegetables being sold in France came into effect on New Year's Day. French President Emmanuel Macron has described the ban on plastic packaging on fruits and vegetables as “a real revolution,” reported The Guardian. Macron insisted that the decision has been taken to gradually phase out the use of single-use plastics by 2040.

According to the new law, there will be a ban on selling cucumbers wrapped in plastic, peppers, courgettes, aubergines and leeks in plastic packaging from New Year’s Day. As per the new law introduced in France, 30 fruits and vegetables will no longer be sold in plastic wrapping. The fruits that have been banned from having plastic wrapping include lemons, oranges, kiwis, bananas, pears as per the Guardian report. The fruits and vegetables need to be sold in other recyclable materials. However, plastic will be allowed for the packs that are over 1.5 kg and chopped and processed fruit.

Blueberries and raspberries are allowed to be sold in plastic wrapping

Magazines and other publishing need to be shipped without plastic wrapping

Furthermore, the magazines and other publications are required to be shipped without plastic wrapping, according to AP. Restaurants will no longer be able to give free plastic toys to children. French cars advertisements in 2022 need to include a message telling people to consider greener transportation. From March, the car advertisement needs to mention one of three messages: “For short trips, prefer walking or cycling,” “Think about carpooling,” or “On a daily basis, take public transport.” According to the new decree, the advertisements that do not include the message will be required to pay a fine of up to 50,000 euros per advertisement.